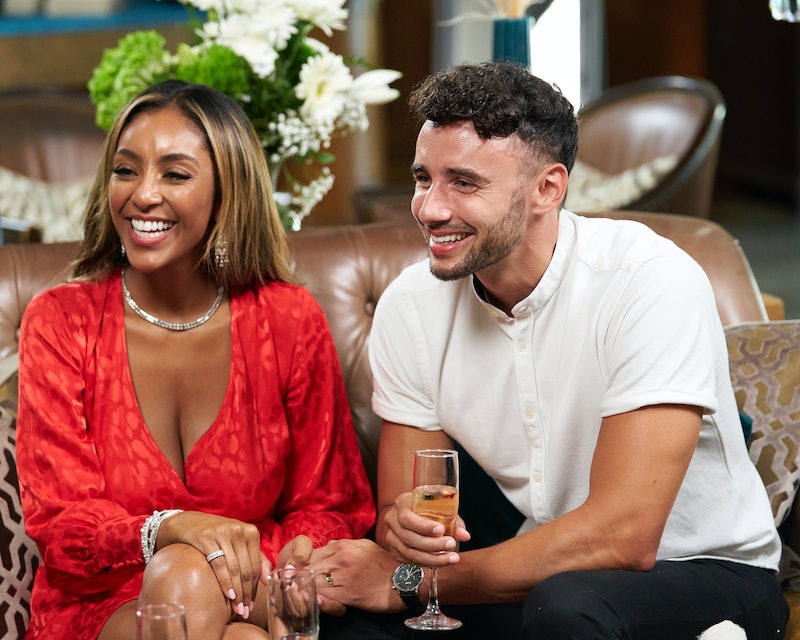 It's unclear if Brendan will be the one to take home Tayshia's final rose on The Bachelorette. But if not, he has *plenty* of other romantic prospects lurking in his Instagram comments. "I will marry you if Tayshia doesnt," "I have a crush on you," and "Dreammmmmm man" are among the responses on one recent video, in which Brendan's niece is teaching him piano.

The comments under photos of just Brendan are even thirstier. "Good lord. God spent extra time on you bb," one person wrote under a picture of Brendan in one of his signature turtlenecks. "Can we date," another commented. Others had no words, just lots of flame emojis.

Of course, there aren't any clues about his current relationship status or where he stands with Tayshia after the show. But based on a preview for the upcoming Bachelorette finale, their romance may be about to take a turn for the worse. The clip shows a concerned Brendan voicing his hesitancy to propose to Tayshia, given that they've both already been divorced. And a sneak peek published by People hints he may even self-eliminate. "[I'm] not going to lie, this has been a challenging past couple days and past few weeks for me. And um...." he says, before taking a deep sigh.

Keep an eye on Brendan's DMs after the finale, because they may be pretty open.