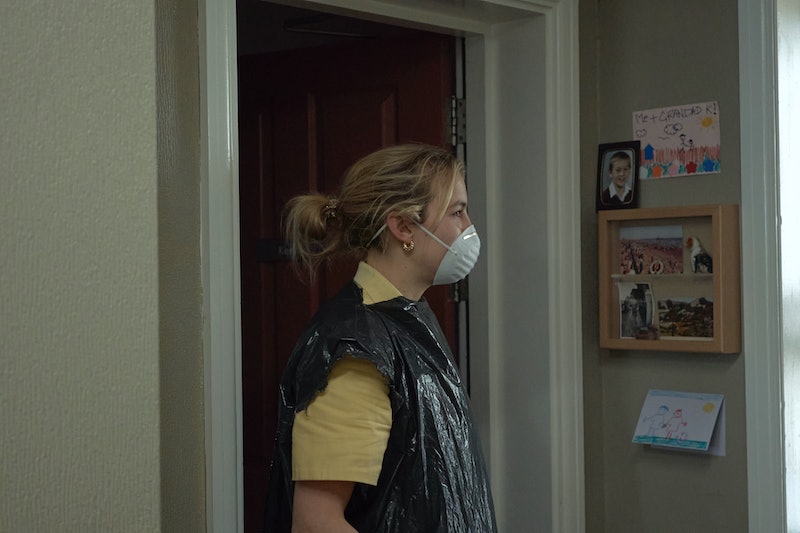 Jodie Comer is gracing our screens once again in the upcoming Channel 4 drama, Help. Taking place in a fictional care home in Liverpool during the pandemic, the drama is set to be an emotional journey as we watch how the outbreak affects both staff and patients. With the drama set to reflect real-life events, is there anything else about Help that’s based on a true story?

While the two-hour drama is purely fictionalised, Help is based on the real events of last year. Screenwriter, Jack Thorne told Channel 4: “30,000 people have died unnecessarily in these care homes because of the indifference and incompetence of our government.

“Hearing the stories of those at the frontline, having people break down in tears on zoom in front of us has been incredibly moving and galling.

“Getting the story right will be incredibly important, we are aware of the pressure upon us, this has to be written and made with anger and precision. We hope we do it justice.”

Speaking to real-life care workers helped Comer and her co-star Stephen Graham truly understand what their characters were going through, adding to the heart-wrenching storyline. During an appearance on the Radio Times Podcast, Comer said:

She continued: “It isn’t residents and carers, it’s like a family. It’s an extended family. And these people become just as important to them as their own blood relatives. The most heart-warming thing that I learned was that they’re so involved in these people’s lives. It takes a lot.”

“And that’s what’s really chilling about when you get to the end of the film and the facts roll, and you see the reality of what these people are living through, and the extent to which they work in, and what that work entails. It’s just huge.”