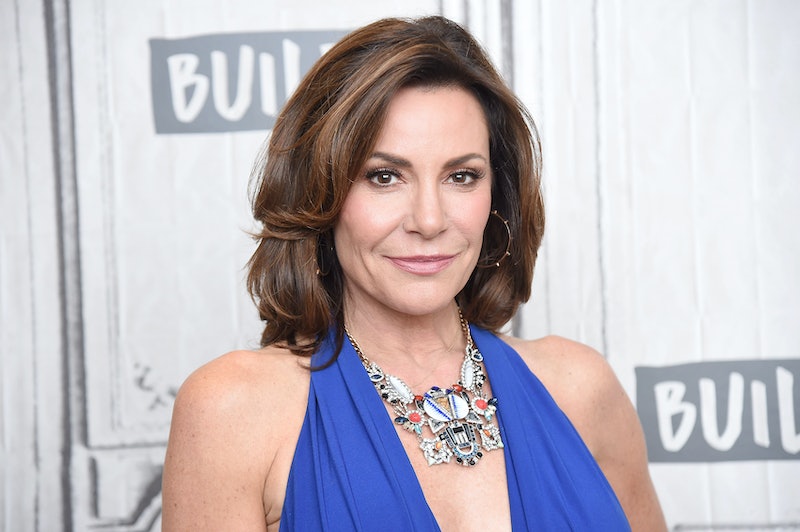 The two met in August 2020 after matching on the dating app Hinge. Though de Lesseps said on the podcast Ex Appeal that she initially thought Wakeford’s profile was “too good to be true,” as soon as she met the 6’6” former rugby player in person, she was charmed. “I said, ‘Oh, my God! He’s exactly what he looks like on the app,’” de Lesseps said. “He’s tall, he’s handsome, he looks like a Viking.”

Wakeford appeared in a few episodes of RHONY, but he and Luann later split. After rumors started to swirl that he’d cheated on Luann with a Hamptons local in April 2021, the Housewives star confirmed to Page Six that they’d broken up at the end of the year. “Garth and I stopped dating before the holidays and I only wish him well,” she said. Wakeford also confirmed the breakup, but clarified that he didn’t really know the woman he was rumored to have been cheating with. “Regarding this girl, we have no relationship,” he told Page Six. “She came to my exercise class once. We follow each other in Instagram and that is it.”

It doesn’t sound like the two’s relationship was ever very serious. During her appearance on Ex Appeal, de Lesseps discussed her experience of dating during the pandemic, explaining that she still thought of herself as single even amidst her then-budding romance with Wakeford. “I've had a couple of dates here and there, you know with the pandemic in place it's just been so hard to meet people. So my niece got me on Hinge and then got me on Raya, so I've been kind of flirting on some dating apps. It's so much fun to date but with COVID it's hard to date, so I feel like flirting is the next best thing.”

Shortly after Luann confirmed she and Wakeford had parted ways, an insider told US Weekly that she was seeing someone new. “She met a guy when she was on vacation recently in Tulum,” they said. “She was spotted having fun with her new mystery man in Mexico, and she’s completely smitten by him.”

That mystery man was rumored to be former football kicker Radamez Rubio Gaytan. “He’s a chef and he used to play for the Miami Dolphins and the Pittsburgh Steelers. He’s tall and she likes that Euro-type guy. He’s from Mexico. He’s a quiet type,” a source told Us Weekly. The two reportedly met at the Amansala resort, where Gaytan is a manager. “He was catering to her and she got special treatment at the resort,” the source continued. “He took special care of her when she was down there and they really hit it off.” The two also reportedly visited de Lesseps’ favorite spots in the Hamptons and New York City and went to play tennis together.

However, de Lesseps has not been linked to Gaytan since early June, and sources close to the reality star old Page Six that Gaytan was just a friend and that de Lesseps considers herself single. It’s unclear whether the two are together or if Luann is dating anyone else.