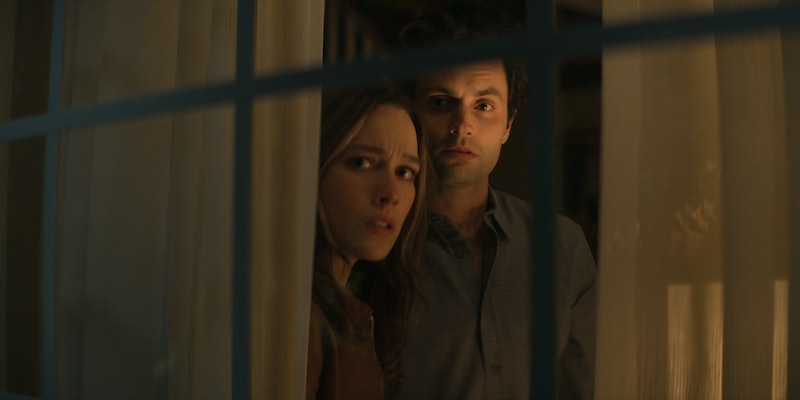 Season 3 of Netflix’s YOU sees serial killer couple Joe Goldberg and Love Quinn getting married, becoming parents, and moving to the “soulless” San Francisco suburb of Madre Linda to raise their new child and get a fresh start — you know, after all the murdering they did in the previous season. Although Madre Linda isn’t a real place, the show’s writers obviously drew inspiration from existing Northern California suburbs. Thanks to Silicon Valley, there are plenty of similarly affluent California towns filled with biohacking tech entrepreneurs and cliquey yoga moms who only eat organic produce and reside in identical, perfectly maintained houses.

The name of the fictional town is also a nod to this particular stage of Joe and Love’s life together: Madre Linda roughly translates to “beautiful mother” in Spanish, and a central theme in Season 3 is the transition into motherhood for Love, fatherhood for Joe, and the friction that creates between them. Joe and Love have contrasting ideas about how they want to raise their son Henry, and they often tackle parenthood as individuals rather than as a united team. “This is a show that explores how quick we are to forgive men, and how quick we are to judge women. And it’s like, name a woman we judge more than mothers,” YOU showrunner Sera Gamble tells Bustle of Love and Joe’s differing experiences in Season 3. “We can have Love do crazy things but also have her make what I think are really strong points about being a mother and a woman and how impossible it is to please the world when you’re trying to raise a child.”

Unsurprisingly, living in faux marital bliss in Madre Linda is a waking nightmare for Joe, who only stayed with Love because she learned that she was pregnant. His ironic disgust for her after learning she’s also a serial killer is still very present when Season 3 picks up, and he has a harder time adjusting to the posturing, image-obsessed townspeople of Madre Linda, who he clearly thinks he is above. Even though Joe says that being a dad is changing him, it isn’t long before his growing disinterest in Love and struggle to acclimate to what he sees as a monotonous and superficial suburban life lead him to develop new obsessions. The only difference from his past is that he now has a wife and a child to consider — or not.

More like this
'The Queen’s Gambit' Season 2 Tweet Wasn’t From Anya Taylor-Joy
By Mary Kate McGrath, Jack Irvin and Grace Wehniainen
Ashton Kutcher Wants Danny Masterson “To Be Found Innocent” In Rape Retrial
By Jake Viswanath
Netflix Shut Down 'Bridgerton' S3 Rumours About A “Very Dark” Storyline
By Bustle
All The ’70s Easter Eggs You Missed In 'That ’90s Show'
By Grace Wehniainen
Get Even More From Bustle — Sign Up For The Newsletter
From hair trends to relationship advice, our daily newsletter has everything you need to sound like a person who’s on TikTok, even if you aren’t.