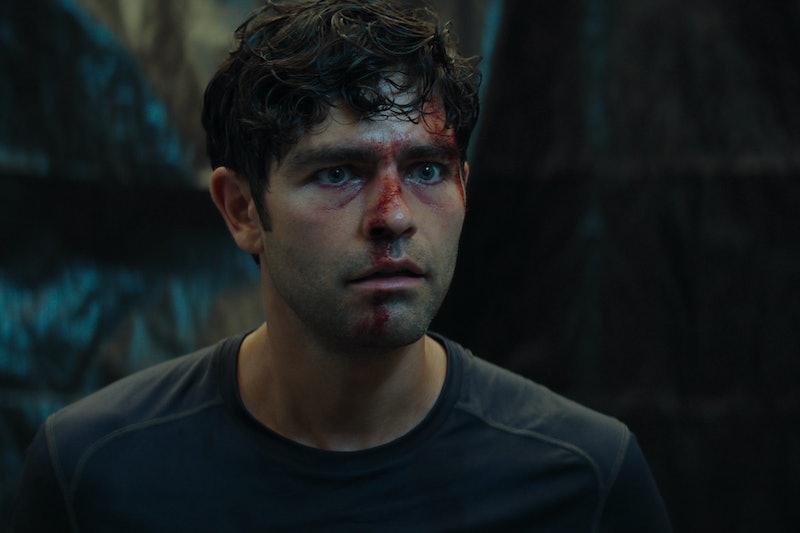 Netflix’s new crime thriller Clickbait delves into a familiar fear: the precarity of the internet. Premiering on Aug. 25, the drama series stars Entourage’s Adrian Grenier as Nick Brewer, a seemingly modest family man who’s kidnapped and held captive in an unorthodox way. Following his disappearance, a video emerges online in which he admits to abusing women before revealing that if the video reaches 5 million views, he’ll be killed. In the aftermath, his wife Sophie (Betty Gabriel) and sister Pia (Zoe Kazan) are forced to reckon with who they thought Nick was and the shocking accusations they come to learn about him while racing to figure out the truth.

That may all sound real enough to be a ripped-from-the-headlines Lifetime movie, but the show doesn’t appear to be based on any true events. Instead, it attempts to interrogate how we engage with the internet. Is Nick guilty, and if so, is his punishment warranted? What responsibility do others have to step in, and how complicit are we in the anguish of strangers online? Are we guilty for our indifference, or for our participation?

These questions have been probed by many shows and movies about the digital age. Films like 2014’s Unfriended or its 2018 sequel, Unfriended: Dark Web (also staring Betty Gabriel), similarly explore the dark horrors that lurk online and the dehumanizing effect that anonymity affords people. Clickbait may also bring to mind previous episodes of Black Mirrror — namely 2011’s “The National Anthem” and 2016’s “Shut Up and Dance.” In the former, Britain’s Prime Minster is forced to have intercourse with a pig on national television or else a member of the royal family will be murdered; in the latter, a teen is blackmailed into a dangerous goose chase after hackers record him masturbating on his computer. Clickbait toes the line between the two, both questioning our responsibility as onlookers and how much privacy the internet really allows (though how effectively the show does this is up for debate).

“There are all kinds of mischievous behaviors online but behind this veil of anonymity there are very real and dangerous consequences,” creator and showrunner Tony Ayres told Forbes. “The irony is that nothing is really anonymous. Everything we do in the privacy of our bedrooms on our computers is really traceable."