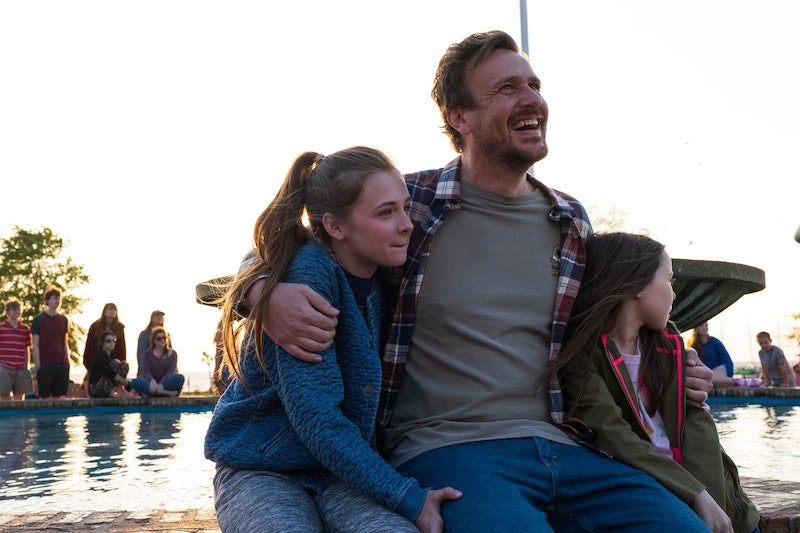 In the touching new drama Our Friend, Dakota Johnson's character Nicole gets a dire cancer diagnosis, leading her husband Matthew (Casey Affleck) on a downward spiral. The laundry starts to pile up, the dishes go unwashed, and their two young girls are forgotten at school. That's when their good friend Dane (Jason Segel) comes over to help out... and then never leaves. It's an incredibly emotional film, made only more gut-wrenching by the fact that Our Friend is based on a true story.

Directed by Gabriela Cowperthwaite, Our Friend tells the story of Matthew Teague, his wife Nicole Teague, and their friend Dane Faucheux. The basis of the film derives from Matthew Teague's 2015 Esquire article titled "The Friend: Love Is Not A Big Enough Word," in which he details how Faucheux left his own job, girlfriend, and life behind to move in with his closest friends once Nicole was diagnosed with cancer.

Going through what he did might inspire any writer to catalog his own journey. But even though Teague is an experienced journalist and writer, he didn't want to write about Nicole's death right away. "We don’t talk honestly about death in our culture. You have the movie versions — Leo DiCaprio drifting peacefully to the bottom of the sea in Titanic or the cowboy with the sort of noble death, or we use euphemisms like 'so and so bought the farm,'" he explained in the press notes of his decision to finally pen his wife's story. "These are ways we avoid speaking directly about mortality; it left me unprepared for the reality of how it was."

But Teague didn't want to be the focus of his own story. "Every story needs a hero and I can’t be the hero of this story. It had been too hard. I fell apart from beginning to end," he also shared in the press notes. That's when his editor suggested he focus the piece on Dane. "And I thought, yeah, okay. Dane is my hero, so that’s how the magazine story came to be."

Teague's original piece is moving, inspiring, sad, and at times hard to read, but it's definitely worth it if you want to know more about the remarkable true story behind Our Friend.