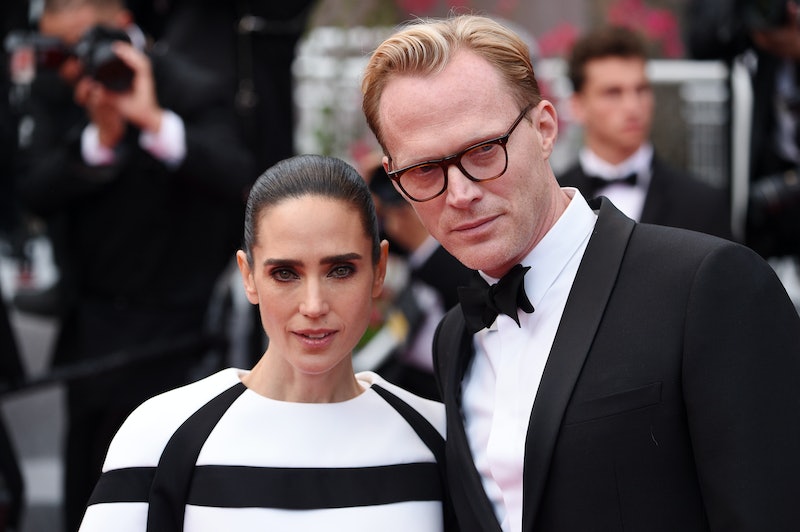 As far as Christmas TV goes, A Very British Scandal should be up there on your list of shows to catch this festive season. The period drama — focusing on the divorce of the Duke and Duchess of Argyll — stars Marvel actor Paul Bettany alongside The Crown’s Claire Foy. Bettancy has had a hugely successful onscreen screen, bagging leading roles The Da Vinci Code, Wimbeldon, and, most recently, WandaVision. But what else is there to know about the actor? In A Very British Scandal he plays Claire Foy’s estranged husband, but is Bettany married in real life?

Well, in short, yes. And fans will likely be aware that he’s actually been in a long-standing relationship with wife and fellow actor Jennifer Connelly for nearly 19 years now. The pair were married in a private ceremony in 2003.

As Bettany shared in an interview with Larry King in 2015, Bettany had always had a childhood crush on Connelly many years before first meeting her on set of A Beautiful Mind. Both of the actors were in other relationships during that time, however, meaning nothing happened between them.

Fast forward a later that year and it was actually the events of 9/11 that made Bettany realise his feelings to his former co-star. The Iron Man actor says he immediately felt grave concern for Connelly’s safety after seeing the attacks on TV.

“Like so many people’s lives in that moment mine was changed forever,” he told King. “I ran back to this house and spent two days trying to call this woman that I barely knew,” he said, in reference to Connelly.

He continued: “I remember thinking to myself, ‘What are you doing?’ Then realising I was in love. When I finally got hold of her I said ‘I'm coming over, let's get married.’ We had never dated.”

Yep, the two actually never dated before getting married, and also hadn’t lived together, according to Bettany.

While whirlwind romances are a bit hit or miss sometimes, this one seemed to work out perfectly, as the couple remain stronger than ever today, and have three children together (one from Connelly’s former relationship).

A Very British Scandal is on BBC on Boxing Day at 9pm.

More like this
Gemma Atkinson & Gorka Márquez Are Strictly The Sweetest Couple
By El Hunt
Darren Harriott Is Keeping His Love Life Away From The Spotlight
By Darshita Goyal
Michelle Heaton’s Husband Is Her Biggest Supporter
By Darshita Goyal
Shakira’s Record-Breaking New Song Takes Direct Aim At Her Ex Gerard Piqué
By El Hunt
Get The Very Best Of Bustle/UK
Sign up for Bustle UK's twice-weekly newsletter, featuring the latest must-watch TV, moving personal stories, and expert advice on the hottest viral buys.