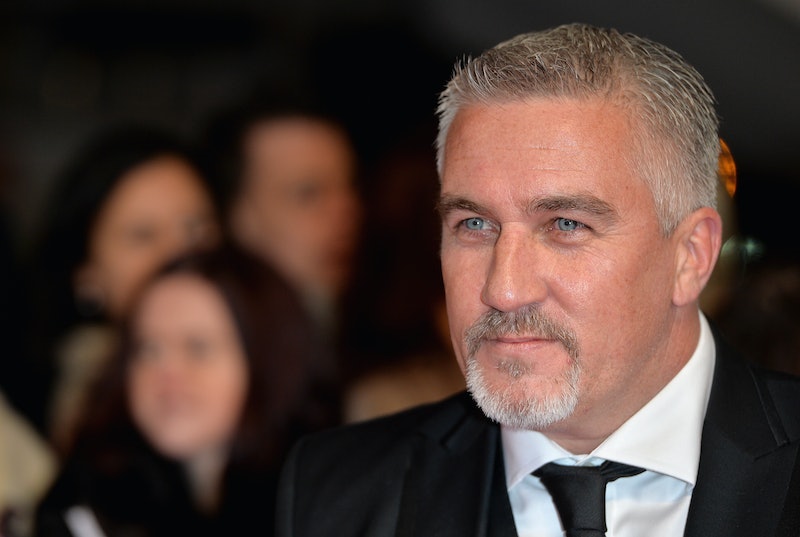 In 2010, celebrity chef Paul Hollywood burst into the spotlight following his debut as a judge on the Great British Bake Off, which then ran on the BBC. Now, 10 years later, Hollywood has become one of television's most notable culinary stars, with a string of highly successful cookbooks to his name. But what else is there to know about the Bake Off judge? And is Paul Hollywood married?

As The Sun reports, Hollywood is not currently married. He divorced his ex-wife Alexandra after 20 years of marriage back in 2017. The TV chef first met Alexandra in Cyprus back in 1996, and tied the knot two years later. The pair later welcomed their first child, Josh, in October 2001. Following a stint on the U.S. version of Bake Off in 2013, Paul and Alexandra separated after he admitted to having an affair with co-star Marcela Valladolid. A few months later, the couple reconciled. However, in November 2017, Hollywood revealed his marriage was over.

"It is with sadness that we have decided to separate.Our focus continues to be the happiness of our son, and we would ask the press and public to allow us privacy as a family during this very difficult time," the pair said in a joint statement released at that time.

As Hello! reports, Alexandra recently opened up about her divorce from the Bake Off star.

"I'm not going to lie and say it hasn't been difficult, but I'm not broken," she explained during an interview with The Sunday Telegraph, adding: "Divorce hurts. I was married for 20 years. But you keep going."

In 2017 Hollywood was the source of controversy when images emerged from the Pride Of Britain awards which appeared to show the judge kissing that year's Bake Off winner Candice Brown. However, at the time, Brown said it was a goodbye "peck", and a representative for Hollywood described it as an "innocent kiss on the cheek" per the Daily Mail.

This was something backed up by other stars in attendance at the awards, including Stacey Solomon and Shelagh Fogarty. Brown's husband, who she's recently announced she's divorcing, also supported this version of events in an interview with the Daily Mail. He explained that the intensity of media attention around Candice, including speculation over the nature of the kiss, put pressure on their relationship. He told the Mail: "I'd not long asked Candice to marry me and I had to read reports that my new fiancée was seen kissing Hollywood and getting close to him. That was just a kiss on her cheek and there was nothing else to it. But we had only been engaged a few days. It was a lot to have to deal with."

Per The Sun, following his divorce from Alexandra, Hollywood dated Summer Monteys-Fullam, whom he met in 2017 when she was working behind the bar at his local pub. The publication reports that the pair split in 2019. As the Mirror reports, later that year TV judge went public with new girlfriend Melissa Spalding back in December 2019, and, as of April this year, the couple is reportedly still going strong.