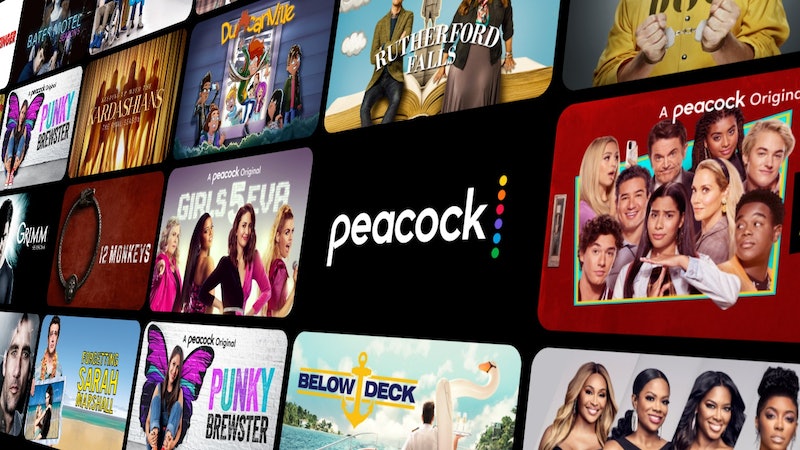 The U.S. streaming service Peacock has finally made its way to the UK, giving any couch potatoes out there yet another platform to enjoy. But, what exactly is Peacock, and what should users expect from the new streaming service? Find out everything you need to know about Peacock below.

Peacock is the official streaming service of NBCUniversal. Per Variety, the platform launched across the pond on July 15, 2020, and features an extensive library of films, TV shows, sports programming, and more, from NBCUniversal and third-party content providers.

Speaking at the time of Peacock’s U.S. launch, the chairman of direct-to-consumer and digital enterprises, Bonnie Hammer, said in a statement, “The name ‘Peacock’ pays homage to the quality content that audiences have come to expect from NBCUniversal.” Per The Hollywood Reporter, she added, “Peacock will be the go-to place for both the timely and timeless.”

How Can I Stream Peacock?

Peacock’s UK release was confirmed on Nov. 16, in what is being described as a “soft launch.” The service will be available to Sky TV customers and NOW Entertainment subscribers at no extra cost, offering early access to a selection of Peacock’s catalogue of world-class content that is set to expand over the coming months.

Commenting on Peacock’s arrival in the UK, the Managing Director of Content at Sky, Zai Bennett, said: “The introduction of Peacock content on Sky and NOW will expand the incredible line-up available to all our customers, giving them access to even more of the best entertainment from our partners at NBCUniversal.”

Meanwhile, NBCUniversal boss, Lee Raftery, said that he is “excited to mark the international debut of Peacock content in the UK and Ireland.” Adding that “Peacock provides Sky customers with an expanded catalogue of world-class content, including many of our most popular movies and shows from Peacock and across NBCUniversal.”

What Shows Are Available On Peacock?

In addition to popular NBC offerings such as Parks and Recreation, 30 Rock, The Office, Will & Grace, and many more, the platform also hosts several Peacock original series, including the Saved by the Bell reboot, Rutherford Falls, and Punky Brewster. Some other forthcoming Peacock originals that will be available on the platform in the coming months include Vampire Academy, Bel-Air, MacGruber, and a hotly-anticipated Joe Exotic-centred drama.

Meanwhile, Sky TV and NOW Entertainment users can also look forward to an impressive selection of films that includes The Best Man, Bird on a Wire, Brüno, The Last House on the Left, Pride & Prejudice, You, Me, and Dupree, Meet Joe Black, and much more.

With the arrival of Peacock in the UK, reality TV fans have a lot to be excited about, too, as the likes of Keeping Up With The Kardashians, Million Dollar Listing, Southern Charm, Below Deck, The Real Housewives, and Top Chef will also be available on the platform.