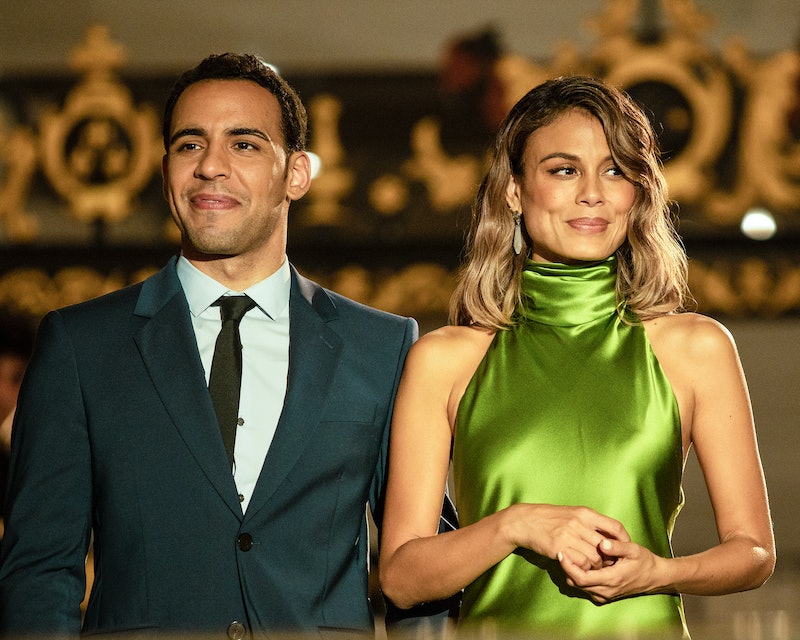 ABC's romantic comedy series The Baker and The Beauty isn't based on a true story, but it does tell a familiar tale. According to Deadline, the show is an adaptation of Israel's Beauty and the Baker, which is one of the country's highest-rated fictional series of all time. Still, ABC's iteration made a few changes.

The Baker and The Beauty moves the premise from Tel Aviv to Miami, Florida where Daniel Garcia works at his Cuban family's bakery. One fateful night, he meets international superstar/fashion mogul/model/daughter of a real estate tycoon Noa Hamilton, and the sparks fly. Though original series creator Assi Azar wrote the role of Noa for Bar Refaeli, the character isn't necessarily based on her, and Nathalie Kelley (Noa) told The Boston Herald that she was able to build her character "from the ground up."

Victor Rasuk (Daniel), meanwhile, said that his character is very representative of his own life. "[I] incorporate[d] the experiences that I had coming up from the Lower East Side of Manhattan to Hollywood. And all the stories in-between."

Both actors told Entertainment Weekly that the premise of the show, shooting in Puerto Rico, and being surrounded by other Latinx performers helped them connect to their own roots. Rasuk's family is from the Dominican Republic and Kelley was born in Peru, but grew up in Australia. "I feel like the one thing that I connected with Daniel was that I'm also the oldest of my siblings and I know what that feels like, the responsibility to always be the example, especially in that culture," Rasuk said.

Kelley added, "I am ethnically Latina, but I was raised in Australia ... I've always longed for a Latin family. That's not what I had growing up. When the Garcias bring [Noa] into their home, it is like a homecoming, and a family she's never had. In that sense, I can really relate, and it feels really sweet to be telling the story."