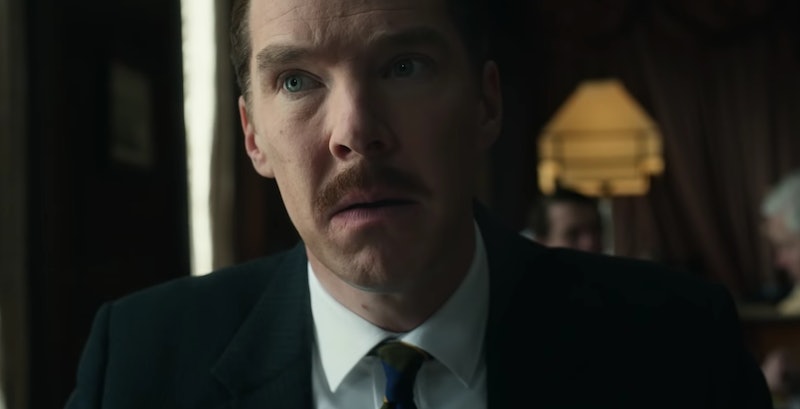 Directed by Dominic Cooke, The Courier tells the fascinating story of a businessman-turned-war-hero who spent years acting as a courier for MI6 and the CIA in the early 1960s. The film’s cast is fronted by Benedict Cumberbatch, who has in the past been celebrated for his portrayal of real-life figures historical including Alan Turing and William Pitt. But, is The Courier based on a true story?

If you’d prefer to avoid any potential spoilers, it’s advised you look away now.

The answer is, yes, this film is based on true events and is inspired by the story of Greville Wynne, an unassuming businessman who was recruited into the Cold War by both the British and American secret services. During his mission, Wynne served as a liaison to the Soviet officer Oleg Penkovsky, himself acting as a UK informant.

The goal of Wynne and Penkovsky’s partnership was for MI6 and the CIA was to gain intelligence that could hopefully prevent nuclear war and help stabilise the Cuban Missile Crisis.

Per the Evening Standard, Wynne was recruited due to his regular business visits between London and Moscow, meaning his presence within the Soviet Union would not alert any suspicion. Sadly, his relationship with Penkovsky was eventually uncovered by the Russian authorities and the pair were later arrested.

Following a trial, Penkovsky was sentenced to death and subsequently executed, while Wynne was sentenced to 18 months in the Lubyanka prison until the British government arranged for his release.

The Courier debuted at the 2020 Sundance Film Festival with its original title Ironbark and has been rescheduled for release on multiple occasions in light of the coronavirus pandemic.

Speaking about the film with USA Today, Cumberbatch explained how The Courier is intended to be something of a “love letter” to Penkovsky. “It's a thank you from the West for what he sacrificed,” the actor said.

More like this
Gerard Butler Insisted On Adding This Pivotal Scene To 'Plane'
By Catharina Cheung
Jemima Khan Used Her Own Life As Inspo For 'What’s Love Got To Do With It?'
By Darshita Goyal
Stephen Graham & Steve McQueen Are Working On A Wartime Drama
By Darshita Goyal
Channing Tatum “Nearly Killed” Salma Hayek During 'Magic Mike' Lap Dance
By Sam Ramsden
Get The Very Best Of Bustle/UK
Sign up for Bustle UK's twice-weekly newsletter, featuring the latest must-watch TV, moving personal stories, and expert advice on the hottest viral buys.