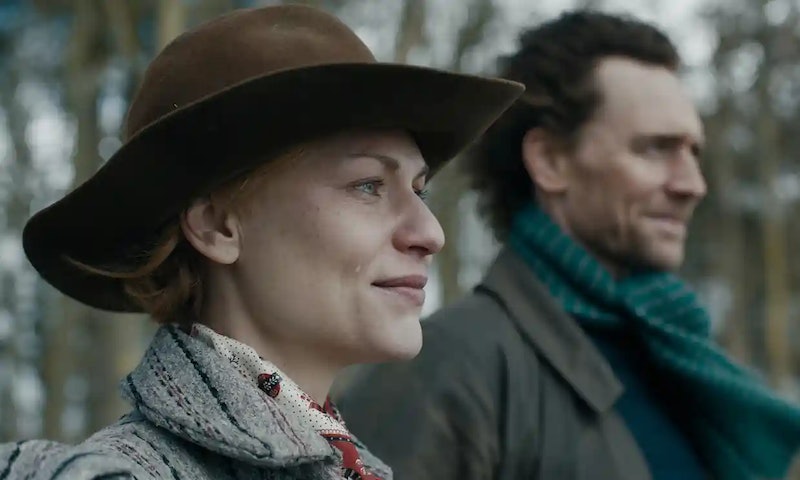 In Sarah Perry’s award-winning novel (and now Apple TV+ adaptation) The Essex Serpent, the fictional village of Aldwinter has been haunted by a myth for decades. And when an earthquake rocks the town to its core, there’s worry among its residents that a malicious sea serpent has been reawakened. But is this serpent based on a real myth? Or is it just a creative plot device conjured up by its author Sarah Perry?

Not to alarm anyone living in Essex, but Perry’s story is actually based on a true myth. As the author explained in a post on the British Library’s Living Knowledge Blog, one day she and her husband were driving through the Essex countryside when he told her “that a great beast had been seen in 1669, near the village of Henham on the Mount”. During this time, Perry’s husband had been reading Companion Into Essex – a book published in 1938 that contained an excerpt from a 17th-century pamphlet titled The Flying Serpent, that noted the sighting of “a monstrous serpent”. Among other things, the pamphlet also disclosed the places where it could be found, and even how to destroy it.

This local legend became an immediate catalyst for Perry, leading her to create her own mythical serpent. “It was like someone lighting a match in a dark room, and then suddenly you can see all these pictures on the wall,” Perry told NPR. “My imagination went into overdrive.”

As Perry wrote The Essex Serpent, she looked at images within the pamphlet for inspiration. While her mythical serpent isn’t a direct copy of the one featured in the documents, it bears a strong resemblance. While it wasn’t “a bit like the near-invisible malevolent presence” that’s in her novel, looking at drawings of the serpent was as “familiar to [Perry] as an old pet”.

The Flying Serpent isn’t the only mythological creature prowling the Essex countryside. According to author Liz Trenow, there’s an earlier myth of a dragon terrorising the villagers of Bures and Wormingford near Colchester. There’s a theory that this ‘dragon’ was actually a crocodile gifted to King Richard I and escaped a traveling menagerie.” This myth inspired Trenow’s novel The Secrets Of The Lake.

But as for Perry, it was the 17th-century pamphlet that guided her story for The Essex Serpent. As she explained to NPR, the possibility of its return “when ideas around the fossil record and paleontology, and the debate between science and religion and superstition and rationality were really kind of the common currency” was what truly set her off on her literary journey.