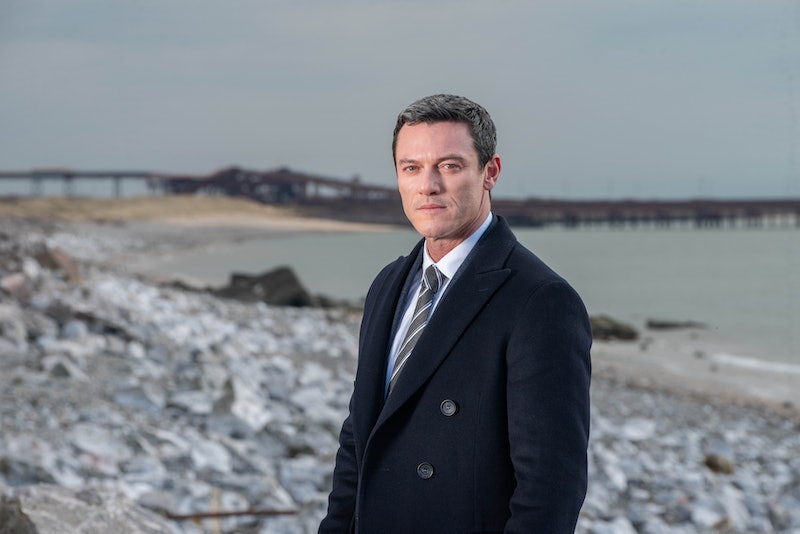 ITV has cued up a harrowing new serial killer crime drama ready for January 2021. Starring Fast & Furious and The Alienist actor Luke Evans, The Pembrokeshire Murders tells the story of multiple murders that took place in a Welsh county during the 1980s and the investigating officer determined to solve the crimes. The three-part series is based on the book Catching the Bullseye Killer, yet many wonder whether The Pembrokeshire Murders is based on a true story.

The simple answer is yes. The Pembrokeshire Murders is a very real true crime story about two double murders that went unsolved for over two decades. The first crimes took place in 1985, when John Cooper murdered brother and sister Richard and Helen Thomas at their isolated mansion, close to Milford Haven, Pembrokeshire, as BBC reports. After fatally shooting his victims, Cooper went on to set the property alight — and four years later, his murderous streak continued when he killed Peter and Gwenda Dixon on the Pembrokeshire coastal path near Little Haven. Per ITV, both crimes were thoroughly investigated but no one was charged.

It was DCI Steve Wilkins (played by Evans) who decided to reinvestigate the chilling case in 2006 using pioneering new forensic techniques. Wilkins and his team worked for five years to finally get the killer arrested in 2009 and then imprisoned for life in 2011. The landmark case became the subject of Wilkins' book Catching the Bullseye Killer, which is the inspiration for the ITV series.

The Pembrokeshire Murders will detail all of the unbelievable circumstances that made up the 20-year investigation — including the extraordinary fact Cooper (depicted by Keith Allen) appeared on TV gameshow Bullseye in 1989 one month before he murdered again.

Speaking to ITV, investigator Wilkins, now retired, spoke about how "surreal" it is was to see himself depicted on screen (and by a Hollywood actor no less).

"It’s quite surreal. I had been told ITV were interested but then I thought, ‘Is this really going to happen?’" he said. "Then suddenly it becomes reality, there’s a writer, and it seemed to take on a life of its own. I still can’t really believe that the story is going to be on TV."