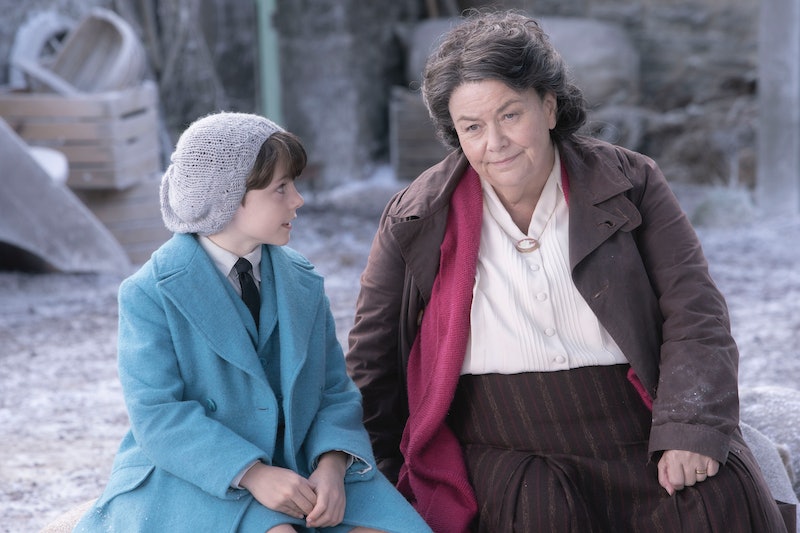 Roald & Beatrix: The Tail of A Curious Mouse is one Christmas TV special many of us will definitely have on our planners this year. The special film will follow the story of a young Roald Dahl travelling across the country (from Wales to The Lake District) to meet his childhood literary icon, Beatrix Potter. So we already know that the characters are based on real people, but is The Tail Of A Curious Mouse based on a true story?

Well, in short, yes it is. The one-off film is indeed based on a real-life meeting that took place — although, it's unclear of course just how much of Dahl's "journey" was a reality. Dahl did grow up in Wales though, so that much is true, and Potter's home was in the Lake District.

Beatrix Potter was reportedly in her eighties when she met the then-six-year old Dahl, who had just lost his father and sister. Potter was also dealing with some hardships herself, it is said, as she was losing her eyesight as well as the inspiration to write.

The meeting between the two most certainly did happen, but by the sound of things, it may not have initially gone to plan.

Dahl’s friend, Brough Girling, told the Wales Online of the real life occasion: "He saw Beatrix Potter, this old woman in her garden. And she said to him, 'What do you want?'

"He said, 'I’ve come to meet Beatrix Potter' and she said 'Well, you’ve seen her. Now buzz off!'"

Luckily, Roald & Beatrix: The Tail of A Curious Mouse will be adding more to the story than that – otherwise we can would have a very short film indeed.

Roald & Beatrix: The Tail of the Curious Mouse airs on Sky One at 8.15pm on Christmas Eve.