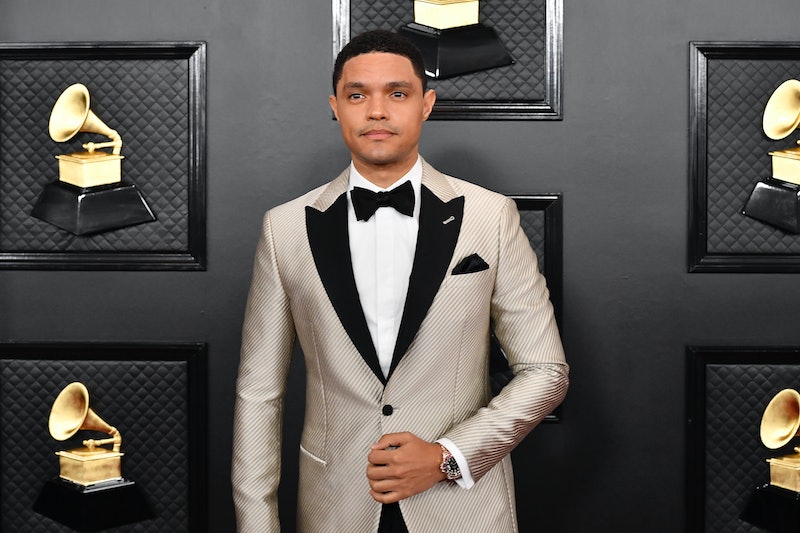 Daily Show host Trevor Noah once joked that he doesn’t believe in couples moving in together — not even married ones. But now he’s apparently changed his tune, as People magazine reported that he recently moved into a $27.5 million Los Angeles mansion with his rumored girlfriend Minka Kelly.

Noah and Kelly have never confirmed their relationship, but they’ve been spotted out and about together throughout the last several months, most recently on Noah’s birthday in February. According to Page Six, Kelly was spotted buying balloons for him, and they were also seen getting In-N-Out together.

It’s not unusual for these two to be private in their relationships. According to Us Weekly, when Noah split with with his previous girlfriend Jordyn Taylor, a model and real estate agent, in summer 2018, the media didn’t find out about it for months. And Kelly is equally as private. In the past, she’s been linked to Chris Evans, Derek Jeter, and Jesse Williams, but she hasn’t often spoken publicly about them. In 2016, she shared her thoughts on stories being written about her dating life, acknowledging that it’s just part of her job as an actor. “I think it comes with the territory. It's a small price to pay for the extraordinary life that I live,” the Parenthood and Friday Night Lights alum told Power 106 hosts J Cruz and Krystal Bee. She added that she’s not really one to confirm things on the record. “Look, if it’s true and it’s out, then it’s true and it’s out,” she said.

Her relationship with Noah seems to fall in that category. A source told Us Weekly that the duo started seeing each other “well before quarantine started.” Since then, they’ve been seen out together, they follow each other on Instagram, and Noah has “liked” Kelly’s pictures. Is that empirical evidence that they’re in a relationship? No, but it’s probably as close as we’re going to get to confirmation. The two both seem keen to live their lives and not worry about what the media might be saying or what photos the paparazzi is taking. “They’re very happy,” an anonymous “insider” told People magazine in August. “It’s a very serious relationship.”

More like this
Watch Kelly Clarkson Sing A Taylor Swift Breakup Song About A Toxic Relationship
By Alyssa Lapid
Everything You Need To Know About Kanye's Post-Kardashian Dating Life
By Bustle Editors
Who Is Allison Williams Dating After Her Divorce? She’s Engaged With A Child
By Jake Viswanath
'Bling Empire: New York’ Star Dorothy Wang Wants To Try 'The Simple Life'
By Alyssa Lapid
Get Even More From Bustle — Sign Up For The Newsletter
From hair trends to relationship advice, our daily newsletter has everything you need to sound like a person who’s on TikTok, even if you aren’t.