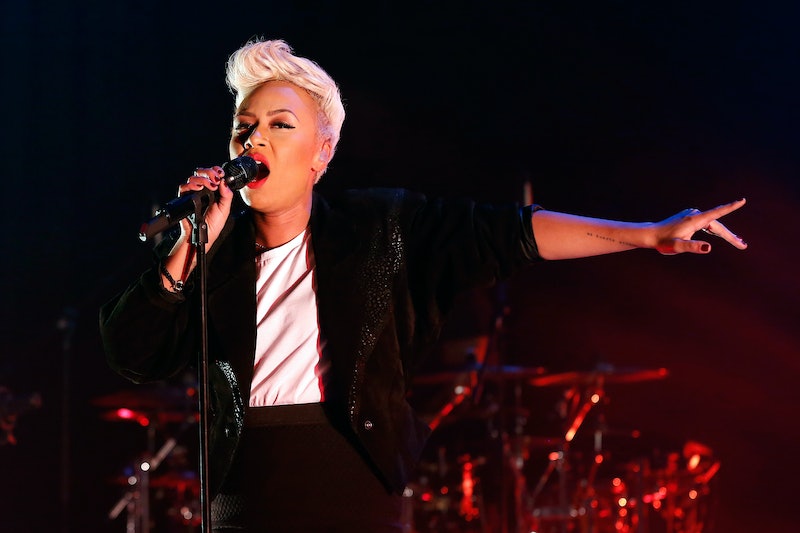 Ed Sheeran, Emeli Sandé, Camila Cabello, and Anne Marie are just some of the names that’ll be performing at the fundraising concert for Ukraine. Organised by ITV, the two-hour fundraising event will include performances from some of the world’s most well-known artists, including Manic Street Preachers, Snow Patrol, Tom Odell, and Nile Rodgers & Chic.

With all funds raised going to the Disasters Emergency Committee (DEC). Donations will “make a real difference to those affected by the conflict,” Saleh Saeed, chief executive of the DEC, told ITV. “Sending a strong message of love and enabling the DEC charities to help now with urgent aid as well as helping to rebuild lives in the months and years ahead.” Here’s everything you need to know about the Concert for Ukraine – including where you can stream the event and how to donate.

Who’s Performing At The Concert For Ukraine?

Hosted by Roman Kemp, Marvin Humes, and Emma Bunton, the Concert for Ukraine features a star-studded line-up. Among the likes of Ed Sheeran, Camila Cabello, and Paloma Faith, artists like Snow Patrol, the Manic Street Preachers, Anne Marie, and Tom Odell will also be performing. You can read the full line-up below:

“In times of trouble you can always count on great musical artists to come together to help bring focus on what really matters,” Nile Rodgers said in a press release. “At this moment in time nothing is more important than showing the people affected by conflict in Ukraine that we stand with them, that we are family.”

How To Watch The Concert For Ukraine

Taking place at the Resorts World Arena in Marston Green, Birmingham, the Concert for Ukraine will be available to watch live from 8 p.m. on ITV and STV. You can also watch it online via the ITV Hub and STV Player. The show will also be broadcast live from backstage across the Heart and Capital networks, too.

How To Donate To The Concert For Ukraine’s DEC Appeal

All sponsorship and advertising revenue for the event will be donated by ITV to the DEC appeal, which is “expected to raise over £3 million” according to the broadcaster. You can do your bit by donating online at dec.org.uk, by phone (0370 60 60 900), or by text. To donate £10 text ‘CRISIS’ to 70150. Texts cost £10 plus the standard network charge, and all the money goes towards the DEC Ukraine Humanitarian Appeal.