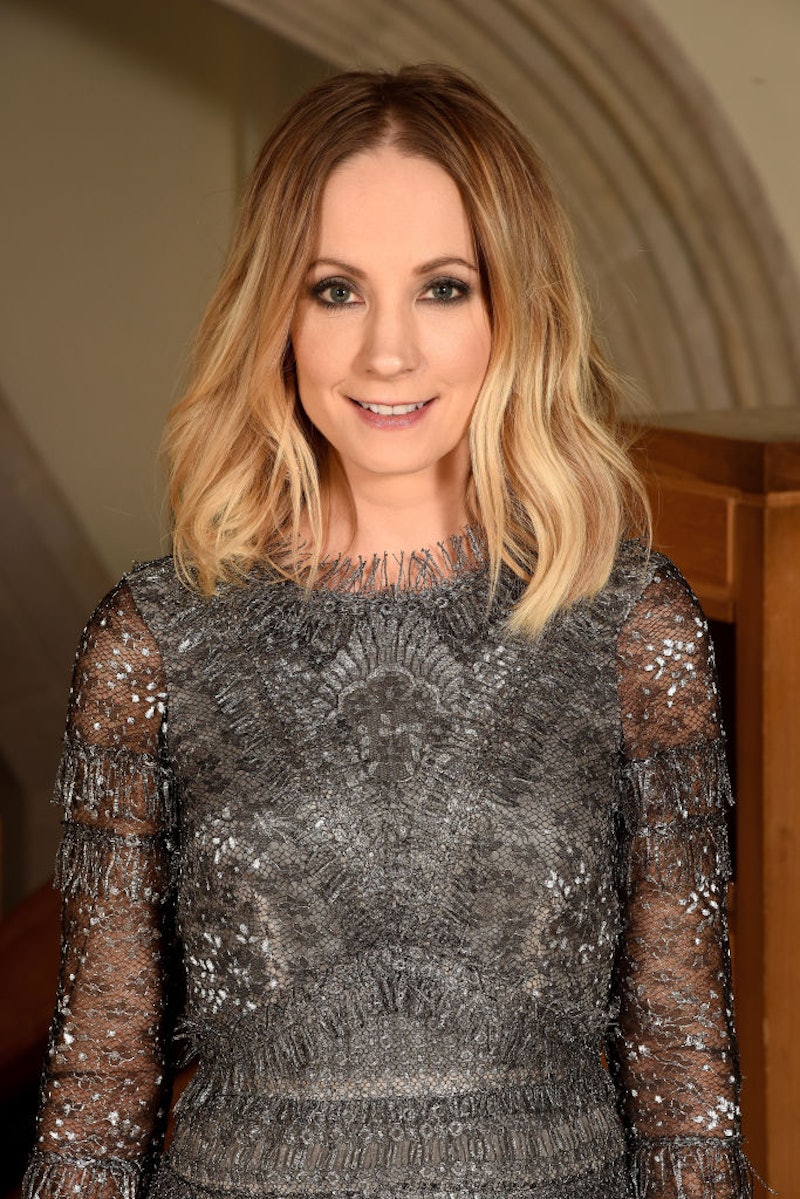 ITV is working on a new "Hitchcockian thriller" Angela Black, filled with "dark secrets" and "many twists and turns." Starring Downton Abbey's Joanne Froggatt, the six-part drama will see a suburban housewife hiding domestic abuse "risk everything she holds dear to fight back," says the synopsis. It sounds like a gripping watch. Here's everything we know about ITV's new thriller, Angela Black.

Headed up by award-winning Fleabag writers Jack and Harry Williams, the British drama sees Angela (Froggatt) living a seemingly perfect life with her husband Olivier (played by Game Of Thrones actor Michiel Huisman) and their two sons. Beneath the façade, Angela is the victim of domestic abuse and is trapped in a relationship she can't escape. Things start to unravel when Angela is approached out of the blue by Ed (Samuel Adewunmi), a private investigator, who spills Olivier’s darkest secrets.

We're yet to know just how dark Oliver's secrets are, but Angela Black will see its main character discover some "horrifying truths about her husband."

Golden Globe-winner Froggatt says she's "honoured" to star in the new drama which is set to start filming in London this month (October 2020).

Speaking to ITV, she said: “I am honoured to be working with Two Brothers Pictures again and this important and timely story from the brilliant Harry and Jack Williams is like nothing I’ve read before. Angela is a complex and intriguing character and I hope audiences will be immediately drawn into her gripping, and sometimes heart-breaking journey, just as I was."

Writers Harry and Jack Williams – also behind Liar – said they were "thrilled" to be working with "the brilliantly talented Joanne" again. "This script is unlike anything we’ve written before," they added.

The psychological drama will begin filming in London and the surrounding area this month, in line with the industry-wide health and safety guidelines. As to when it will air? That remains to be seen, but certainly one to watch out for.