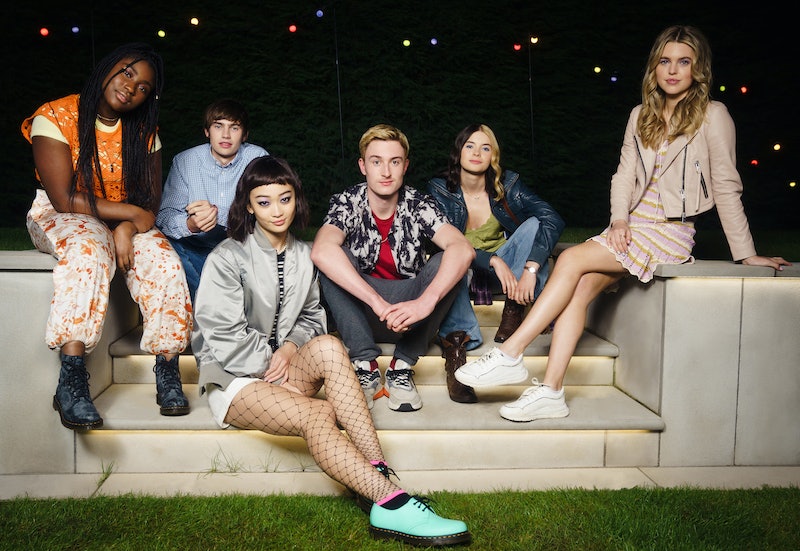 ITV2 is gearing up to release a brand new teen drama “brimming with heart, laughs, pathos and gut-punches, tenderness and darkness.” Written by Mark O’ Sullivan and Yemi Oyefuwa, Tell Me Everything is a “provocative” and “funny” six-part drama set to explore the stresses of mental health for today’s teens, and as many have come to expect from teen flicks, viewers should prepare for experimentations with “relationships, drink, drugs and sex” (think E4’s cult classic Skins to Netflix's Sex Education...).

The new series is ITV2’s first original drama commission in a decade, so here’s everything you need to know about Tell Me Everything.

What’s The Plot Of Tell Me Everything?

Set in Welwyn Garden City, Hertfordshire, Tell Me Everything centres on Jonny Murphy (played by Eden H. Davies), a 16-year-old suffering from undiagnosed depression and anxiety – something he is determined to hide from his friends. And yet, following a tragedy he has to makes some tough decisions about his life.

No teen drama is complete without a team of cool, yet similarly troubled friends.

There’s Jonny’s best mates, Louis and Neve, are who are described as “ battling their own issues and emotional struggles, yet continue to be there for Jonny.” As the synopsis teases, they later become suspicious of the new arrival Mei who appears to be “a dangerous influence” on Jonny.

“Meanwhile, new college mates, Regan, Saj, and Zia, initially appear cool and carefree, but as Jonny, Neve, and Louis get to know them, it soon becomes clear that everyone is fighting their own personal battles,” reads the synopsis.

Who’s In The Cast Of Tell Me Everything?

Tell Me Everything boasts an exciting cast of new and emerging young talent.

When Will Tell Me Everything Be Released?

Filming only just began this summer, so there’s likely some time before viewers get to watch Tell Me Everything. Back in May, Mark O’ Sullivan tweeted thanks “for all the lovely comments and messages about #TellMeEverything”, however, admitted that he “just got to finish writing it now. And make it (I always forget that bit).”

What Else Do You Need To Know About Tell Me Everything?

You’d be right to already have high hopes for the new teen drama as Tell Me Everything is being produced by Noho Film and Television, the team behind hit teen shows such as Skins, Fresh Meat and Misfits.

A host of talented writers are also on board with Mark O’Sullivan and it seems they are excited to relive the craziest parts of their teenage years. As writer Kat Sadler tweeted: “...really cool new show coming out from genius @immarkosullivan soon- and me and @Cloxdale wrote an episode of it dedicating this to 14 year old me watching skins and getting a weird special feeling during the naomi and emily scenes but not knowing why.”