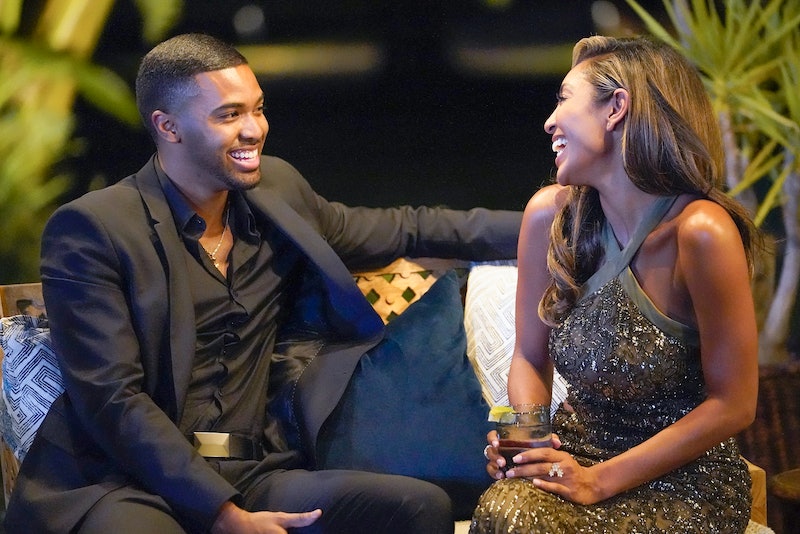 You might remember Ivan Hall from Clare's Bachelorette premiere. He was the guy playing chess with himself while quarantining in his room at the La Quinta Resort & Club. He hasn't gotten much screen time since then, but apparently that's about to change: Bachelor blogger Reality Steve claims that Ivan makes it pretty far with Tayshia.

Before this season started airing, host Chris Harrison described Ivan as "quiet, soft-spoken, [and] extremely likeable," adding that his nickname is Sweet Ivan. "But do the nice guys ever finish first?" Harrison teased. "Sometimes! Sometimes they do." *Insert eyes emoji.*

Here's what to know about the 28-year-old, since it seems like he'll be sticking around for quite a while.

Sweet Ivan was born in Chicago but grew up in Plano, Texas, and currently lives in Dallas. Family is clearly important to him: he's very close with his mom (they talk every day) and his Instagram is scattered with photos of him spending time with family. His favorite foods are even a reminder of home — Ivan loves his mom's Filipino cooking.

Ivan is an aeronautical engineer who's currently building jets for the U.S. military. On Instagram, he also calls himself an "investor," possibly because of his love of high-end cars and self-professed desire to start his own exotic car rental company one day.

Though Ivan wasn't very active on social media prior to being on The Bachelorette, recent posts show him at a Texas vineyard and casually shirtless mid-workout (though with suspiciously little sweat).

When it comes to what he's looking for in a woman, Ivan is all about wit and smarts, as according to his ABC bio, "intelligence is a huge aphrodisiac to Ivan, and nothing turns him on more than getting into a spirited debate with the woman he loves." That certainly sounds like a fit for Tayshia — maybe he'll find a way to cinch her final rose.

What Ivan's Doing After The Show

Based on Ivan's Instagram, he seems to be laying low since shooting wrapped for The Bachelorette — leaving plenty of room for viewers to speculate about whether his offline activities involve any time with Tayshia. In addition to sharing a few photos related to the show, Ivan posted pictures from a trip to a Texas vineyard with some friends and of him playing tennis in a park in his home of Dallas, Texas.

He also shared a fun reel of a "before" and "after" of him doing his own hair at home, quarantine style.