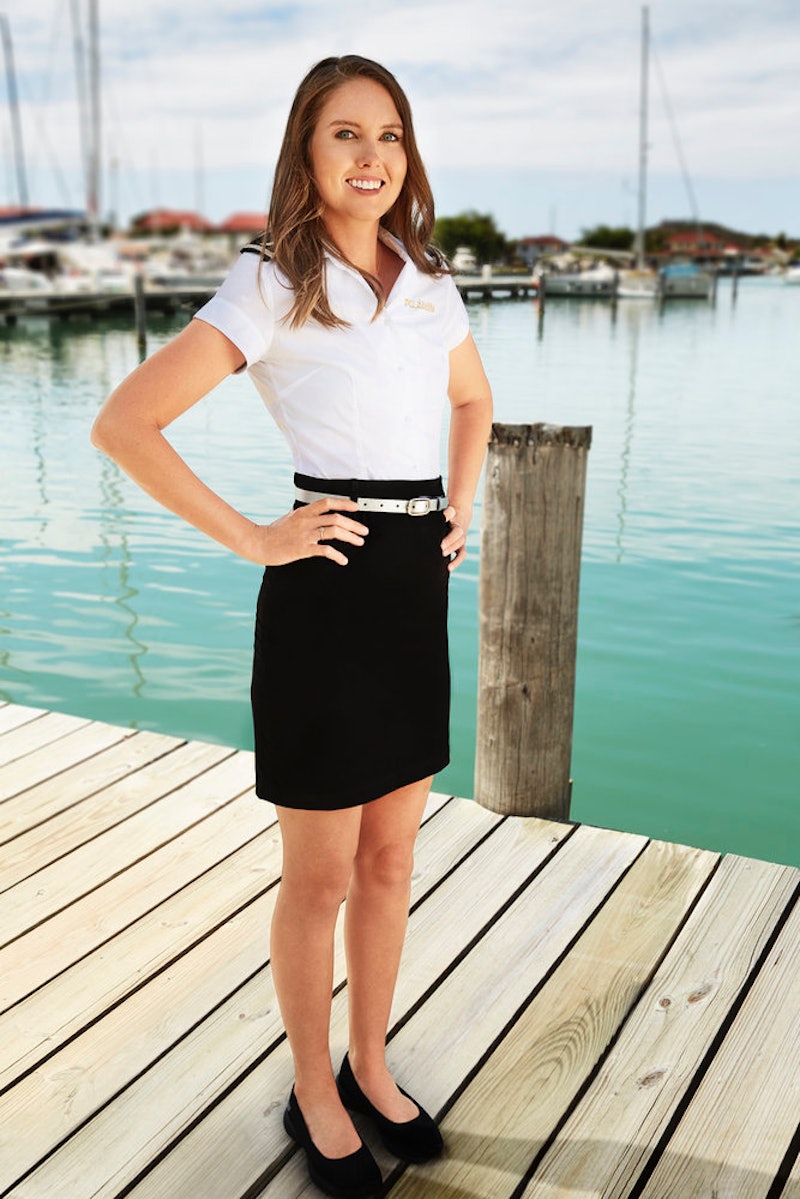 Don't expect new Below Deck steward Isabelle "Izzy" Wouters to be a source of drama this season. According to her Bravo bio, she's coming aboard My Seanna hoping to form strong friendships with the rest of the crew, and she seems to be the one who keeps everyone laughing.

When new chef Rachel Hargrove tweeted that Izzy was "so funny to work with," she responded by writing, "Not to lick your assh*le or anything but…so were you boo." She also seems to make a lot of jokes about her height, taking "thirst traps" and having too many Instagram photo outtakes to count. Here's what else to know about Izzy ahead of Season 8.

Who Is Izzy From Below Deck?

According to her Bravo bio, Izzy was born in New Zealand and raised in Australia. She got into the yachting industry four years ago "as a fluke" while planning to travel to Europe. But she's had the travel bug ever since. After nabbing her first stew job, she took more courses to become a "certified yacht master." Now, she "knows her way around the interior and exterior better than most."

Izzy's Instagram is a treasure trove of travel photography — and the occasional selfie — with geotags from places like Sri Lanka, Australia, and her native New Zealand. Aside from stunning nature shots, Izzy also posts photos of safari animals including elephants, giraffes, and leopards. She even joked in her Instagram bio that she identifies as a giraffe, which seems to be a quip about her height. She refers to herself as the "neighborhood beanpole" in multiple captions.

Judging from social media, Izzy appears to be single. She captioned a September Instagram post "waitin’ for a mate" and joked about her sex life — or lack thereof — in a Below Deck preview clip. "I haven’t banged anyone for a while so I guess it's good to get some practice in," she joked while making a bed. Maybe she'll make a love connection this season?