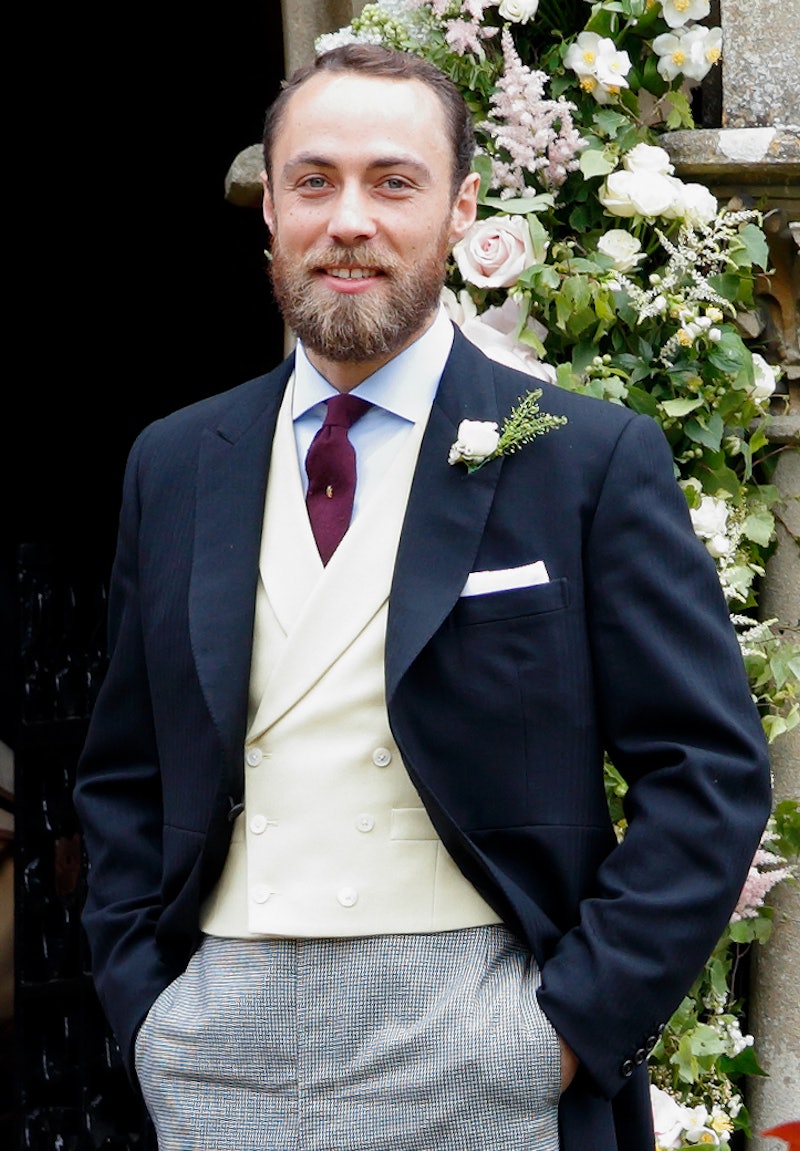 Kate Middleton’s baby brother, James, married Alizee Thevene in the south of France in a ceremony that literally sounds like something out of a fairytale. In an Instagram post shared on Sept. 12, Middleton revealed that they were “surrounded by family, friends, and of course a few dogs.” While it hasn’t been explicitly confirmed, the caption would suggest that the Duke and Duchess of Cambridge were in attendance.

Underneath a sun-soaked picture of the couple, Middleton wrote, “Mr and Mrs Middleton. Yesterday I married the love of my life surrounded by family, friends and of course a few dogs in the beautiful village of Bormes-les-Mimosas. Words cannot describe how happy I am.” Journalist Bryony Gordon, presenter Ben Fogle, and Made In Chelsea’s Binky Felstead were among those who congratulated the happy couple.

Like so many couples, Middleton and Thevene were forced to postpone their nuptials due to the pandemic. The couple got engaged in Oct. 2019 and had to change their wedding plans twice.

It’d seem that postponing their plans didn’t get the couple down too much. In Sept. 2020 he shared a picture of them on a boat in Italy and said, “It's a year since I asked Alizee to marry me…what a year it's been! Two homes, lockdown, two attempts at a wedding, a litter of [puppies], launching of new company @ella.co, a beard shave, and much more but the best part is that I get to share it with you @alizeethevenet and I can't wait to take on whatever the future holds for us.”

Hello! reported that alongside Prince William and Kate Middleton, it’s believed that sister Pippa Middleton and her husband James Matthews, as well as parents Carole and Michael Middleton were present at the romantic ceremony. In the past, James Middleton has been open about how a shared love of animals brought him and his new wife together, so it seems fitting that their two dogs were a part of the big day, too.

More like this
Meghan & Harry Respond To Jeremy Clarkson’s "Apology" Over *That* Column
By Sophie McEvoy
The Spice Girls Are Set To Reunite At King Charles III’s Coronation
By Sam Ramsden
4 Surprising Celeb Throuples That Got The Internet Talking
By Sophie McEvoy
Laura Anderson Pulled The Ultimate Girl Power After Her Break-Up
By El Hunt and Megan C. Hills
Get The Very Best Of Bustle/UK
Sign up for Bustle UK's twice-weekly newsletter, featuring the latest must-watch TV, moving personal stories, and expert advice on the hottest viral buys.