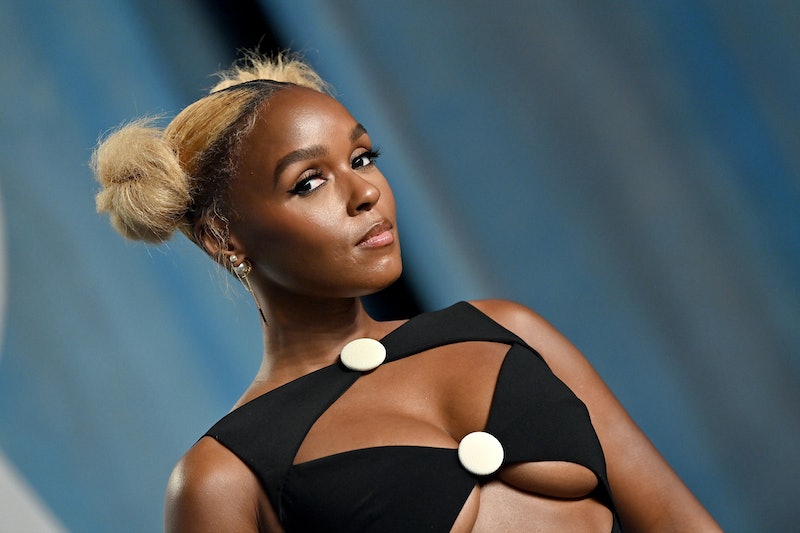 Janelle Monáe will not be defined by gender identity. In a new interview with The Los Angeles Times published on April 21, Monáe came out as non-binary, using both they/them and she/her pronouns — though there’s another NSFW term she likes as well. “My pronouns are free-ass motherf*cker and they/them, her/she,” the “Make Me Feel” singer explained. Additionally, Monáe’s rep confirmed to Rolling Stone that they will continue to also use she/her pronouns.

Monáe expanded on their journey with gender on the April 21 episode of Red Table Talk, telling hosts Jada Pinkett Smith, Willow Smith, and Adrienne Banfield-Norris that the world is so much bigger than pronouns. “I just don’t see myself as a woman solely,” Monáe said. “I feel like God is so much bigger than the ‘he’ or the ‘she.’ And if I am from God, I am everything.” But she clarified that her non-binary identity doesn’t mean she no longer supports or takes part in feminist and women’s liberation movements. “I will always, always stand with women,” they said. “I will always stand with Black women. But I just see everything that I am, beyond the binary.”

The Dirty Computer artist, who just published a novel of stories inspired by her Grammy-nominated 2018 album, tweeted “#IAmNonbinary” in January 2020, making fans think they had slyly came out. However, Monáe clarified in an interview with The Cut that she simply tweeted the hashtag in support of the non-binary community. “It resonated with me, especially as someone who has pushed boundaries of gender since the beginning of my career,” they said at the time.

When Willow asked how she reached the point of feeling safe to come out, Monáe said she needed to have important conversations with her family before sharing her identity. “Somebody said, ‘If you don’t work out the things that you need to work out first before you share with the world, then you’ll be working it out with the world,’” they explained. “That’s what I didn’t want to do. ... I wasn’t ready to have my family question my personal life or get calls from people who still look at me as Little Pumpkin — that’s what they call me back home.”

Monáe previously came out as pansexual in 2018 amid the release of Dirty Computer, which is heavily inspired by her experiences of being a queer Black woman in America. Monáe told Rolling Stone that they initially identified as bisexual after having relationships with both men and women, “but then later I read about pansexuality and was like, ‘Oh, these are things that I identify with too.’ I’m open to learning more about who I am.”