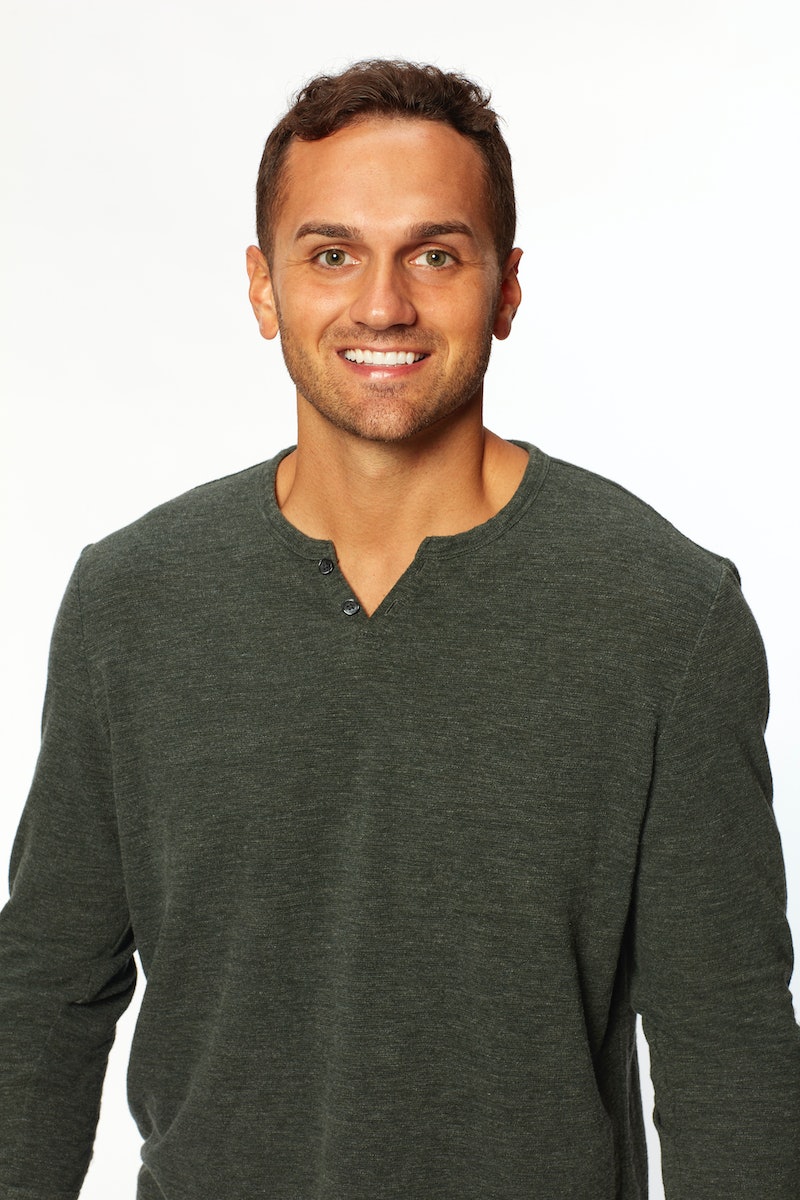 According to host Chris Harrison, Bachelorette contestant Jay Smith pulled off a Bachelor Nation first on night one in the mansion. "Jay really started out night one on a crazy note; literally a crazy note," Harrison said in a Facebook video announcing Clare's contestants. Despite the, uh, impressionable start, Chris said Jay is a great guy with a good heart that "definitely showed many times throughout his journey on the show." Indeed, even Jay's official bio describes him as "the perfect combination of sweet and tough."

Here's everything else you need to know about the 29-year-old.

Who Is Jay From The Bachelorette?

The Fort Lauderdale, Florida resident is a fitness director who owns and operates his own personal training center called Raw Fitness Boca. In a May 11 Instagram post, he praised his staff for "going above and beyond to prepare for the reopening of gyms in South Florida" amid the coronavirus pandemic.

As you'd expect for an athletic trainer, Jay is skilled in about every sport, including basketball, baseball, golf, football, and fishing. He often shares photos of his activities on Instagram, where he also posts about his love for the Philadelphia Eagles, his very cute nephew, and his travels to places like China and Tanzania.

What Jay Is Looking For In A Relationship

According to Jay's Bachelorette bio, he "wants a woman he can be 100% himself with and says his perfect date is one filled with random adventures followed by good wine and meaningful conversation. When he falls in love, he says he "works every day to make sure [his partner] feels it."

Jay does have one major pet peeve, though: someone who can't put down their phone for more than five minutes. "Nothing annoys him more than being on a date with a woman who is half in the conversation and half scrolling through Instagram," his bio states.

Luckily there are no phones allowed in the Bachelor mansion.