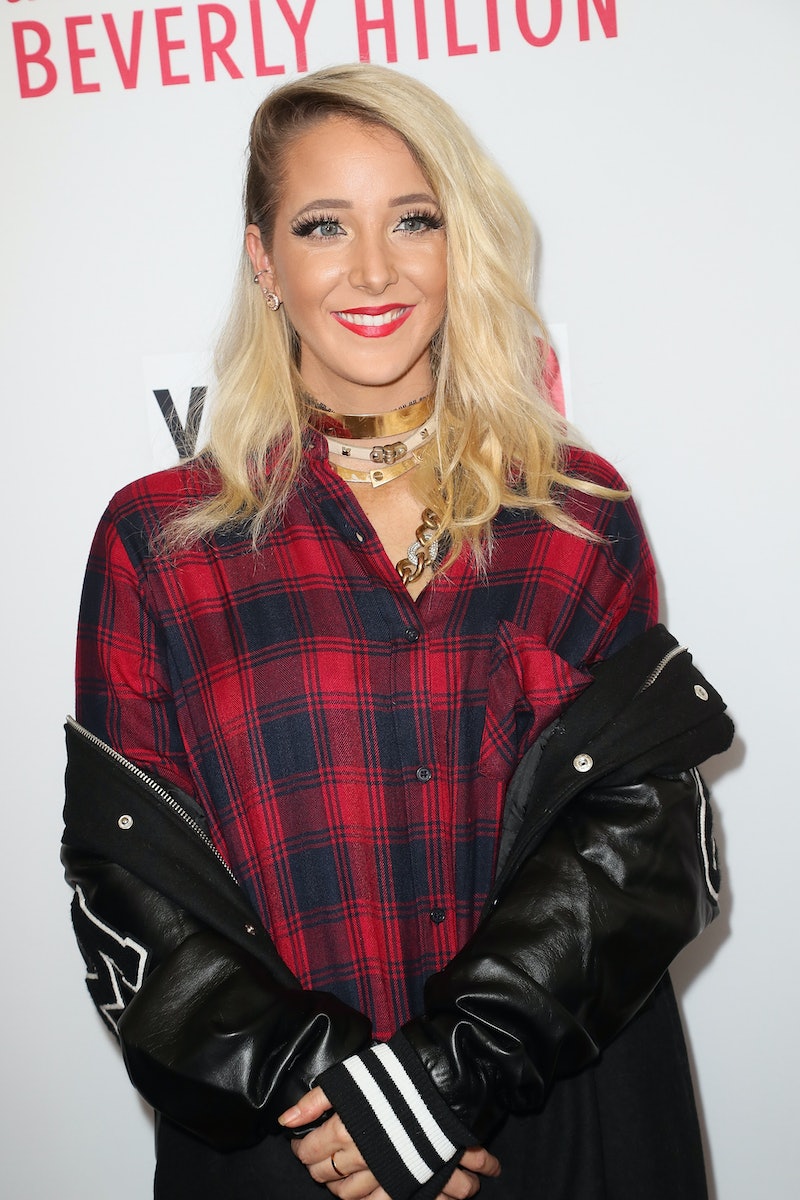 It's a sad day for the Dink Fam. Two months after she announced she was leaving her YouTube, Jenna Mourey a.k.a. Jenna Marbles and Julien Solomita have ended the Jenna & Julien Podcast, due to her desire to step away from the Internet indefinitely and "be a person." The couple, who started the podcast in 2014 to "talk about all the things" and share their thoughts and current online obsessions, announced the news on Aug. 17 with a 6-minute episode titled "The Final Podcast."

"We wanted to both get on here, and we wanted you to hear it from us," Solomita explained, adding that both he and Jenna felt it was "just time" to bring the show to an end. They also profusely thanked their fans and sponsors for supporting the podcast over the years. "I wanted to extend just a true, heartfelt thank you to everyone who has supported us in this," Mourey said, before laughing at how emotional she was getting, "I don't want to just sit here and cry, that's lame." (Their dog Kermit, however, did cry for the occasion.)

She also addressed her recent decision to take a break from the Internet near the end of the episode, telling fans, "I just want you to know I’m doing okay. I’m getting help, and I’m just being a person right now," Mourey also teased a possible return to the public eye one day, saying at one point that "maybe someday in the future Julien and I can do something else" together, but "for now the podcast is good-bye."

Back in June, Mourey posted a video to her YouTube channel — where she has over 20 million subscribers — announcing that she had decided to leave the platform indefinitely. (Her channel remains active for fans to rewatch her old videos, though some of her earliest clips have been deleted over the past few years.) "I think I'm going to move on from this channel for now," she said in her goodbye video, which has since been deleted. "I want to make sure that the things I'm putting into the world are not hurting anyone, so I'm just going to stop for now. Or forever."

Mourey's decision to leave YouTube came after the content creator addressed some of past controversies. As the Black Lives Matter protests gained support in person and online — and from Mourey herself — many YouTube viewers pointed out that in 2011, Mourey posted videos featuring both blackface and a song with racist lyrics about Asians. Despite having previously taken down both videos because they didn't reflect the person she is today, Mourey addressed the clips and apologized for her actions again in June, saying, "I wish it wasn't part of my past."

“It was not my intention to do blackface … but all that matters is that people were offended and it hurt them,” she explained of the clip, in which she was doing an impression of Nicki Minaj. "This isn’t okay, and it hasn’t existed on the internet, because it isn’t okay." She also apologized for the parody rap song "Bounce That D*ck," which featured lyrics that included "hey ching chong wing wong/shake your King Kong ding dong," and said she was "ashamed" of using such language. "I shouldn’t have said that. Ever. It’s not cool. It’s not cute. It’s not okay," Mourey said.

"Just know that I'm doing my best," she said, adding that she had "privated" a lot of her older content in order to keep people from seeing things that can be harmful or hurtful. "I don't want to hurt anyone. I don't want to offend anyone, I don't. ... I'm just here to have a good time, and I don't think I'm having a good time. And it seems like maybe some other people aren't having a good time, so for now, I think I just can't exist on this channel." Mourey hasn't posted anything online since, and her decision to step away from her podcast shows she still wants to take time for herself, outside of the spotlight.