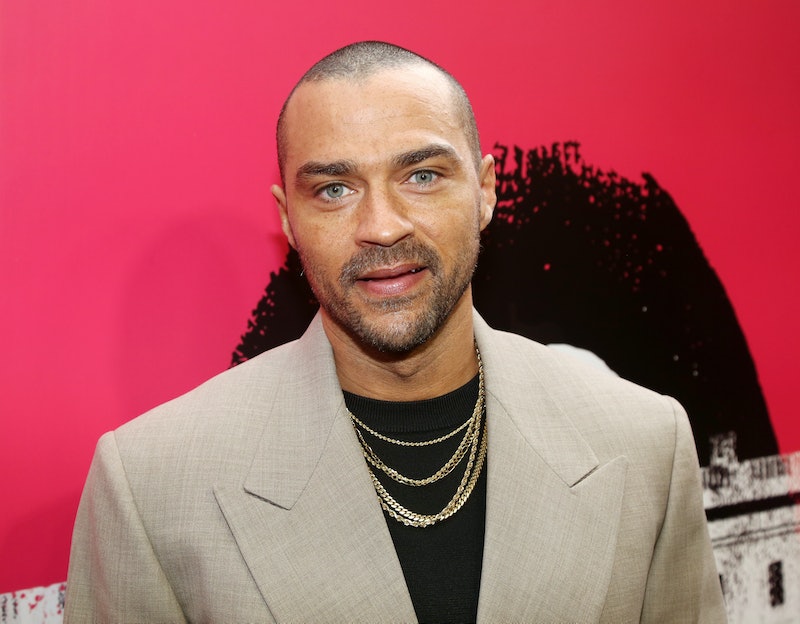 Even after unauthorized video and images of his Broadway nude scene leaked online, Jesse Williams insisted that the show must go on. “I’m not down about it. Our job is to go out there every night, no matter what,” the Take Me Out star told the Associated Press on May 12. “I’m not really worrying about it. I can’t sweat that.”

After all, Williams just scored a Tony nomination for his role as biracial gay center fielder Darren Lemming in the Broadway play. The actor was still starring on Grey’s Anatomy as Jackson Avery when producers approached him about the gig, and he didn’t realize the part involved full-frontal nudity until after he read the script, which included locker room shower scenes. Ultimately, he found the nudity to be honest, “not salacious,” and in service of the story. “It puts the audience in an interesting position to relate, to empathize with the characters,” Williams added to the AP.

Regardless, he emphasized that not everybody understands that the “theater is a sacred space,” and whoever posted the videos violated his and other actors’ rights. (The Take Me Out cast also includes Patrick J. Adams, Jesse Tyler Ferguson, and Michael Oberholtzer.) “We do need to keep advocating for ourselves,” Williams explained. “Consent is important, I thought. So, let’s keep that in mind universally.”

In a May 10 statement, New York’s Second Stage Theater also stressed the importance of consent: “Taking naked pictures of anyone without their consent is highly objectionable and can have severe legal consequences. Posting it on the internet is a gross and unacceptable violation of trust between the actor and audience forged in the theater community. We are actively pursuing takedown requests and ask that no one participates in the distribution of these images. Second Stage is also adding additional staff at the theater to enforce the policy.”

The company’s website notes that they created a phone-free space “out of respect and support” for the actors. Upon arrival at the Hayes Theater, staff lock attendees’ phones in Yondr cases for the duration of the performance. Second Stage’s statement also noted that they were “appalled” that their policy had been violated, adding that it is “deeply unfortunate that one audience member chose to disrespect the production, their fellow audience members, and, most importantly, the cast in this manner.”

Williams’ Broadway co-stars, including Ferguson, were angry, too. Tweeting that he was also “appalled by the disrespect shown to the actors of our company whose vulnerability on stage [every] night is crucial to Take Me Out,” the Modern Family alum added that “anyone who applauds or trivializes this behavior has no place in the theater which has always been a safe space for artists & audience members.” In a follow-up tweet, Ferguson warned that anyone who comes to the show simply to the see the nudity is in for a “long boring night.”

Despite the breach, he and Williams will continue taking the stage, as the Tony-nominated Take Me Out revival extended its run through June 10.