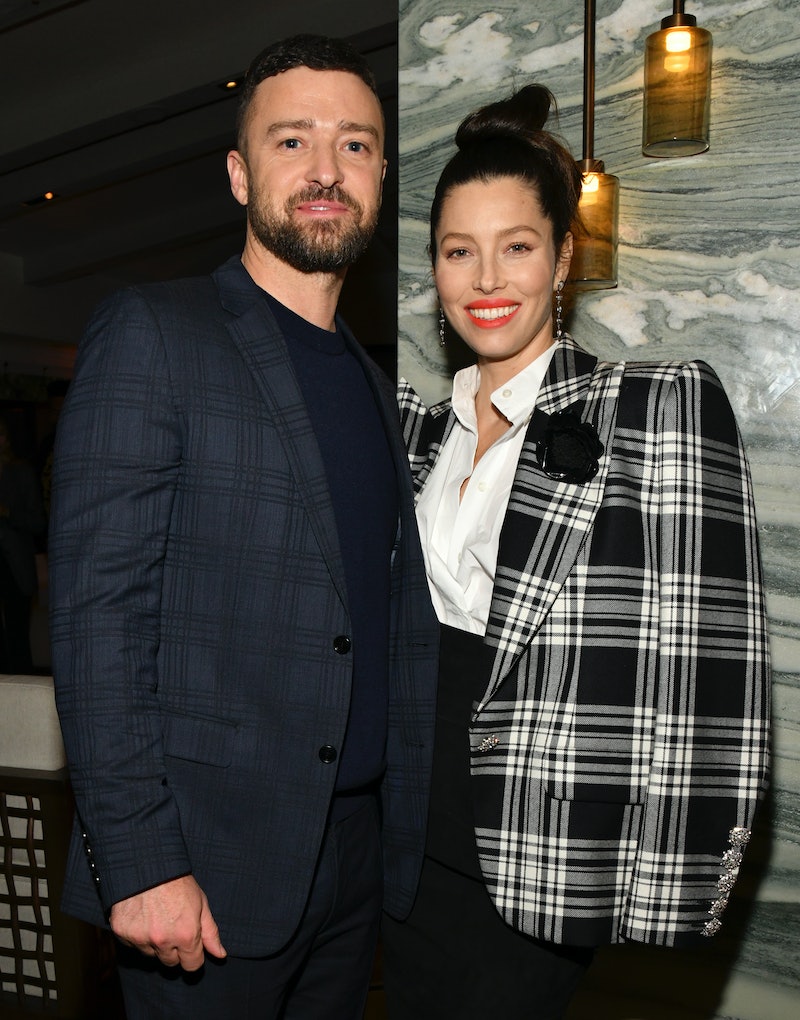 Looks like the Man of the Woods is a father once more. According to E! News, Jessica Biel and Justin Timberlake have reportedly welcomed their second child, a baby boy. Reports that the couple had expanded their family first surfaced in mid-July, when The Daily Mail reported that Biel had given birth after a "secret pregnancy." While the couple have not publicly commented on their new addition, Timberlake's friend and collaborator Brian McKnight told HollywoodLife on July 31 that the singer and Biel had a "new baby" this summer. (Bustle has reached out to reps for Timberlake and Biel for comment about their reported baby news, but did not hear back at the time of publication.)

"Having kids and having his family, I think [Justin] took some time to focus on those things because those things are very important," McKnight told the outlet in a new interview. "I think if he’s going to do music, he’s going to make sure that that’s secure, and then he’ll bring us into his music. And being inspired! He just had a new baby. I think that’s going to be really inspiring for him and he’ll have some new music based on that, I’m sure."

Details about the new baby — including his birthday and name — have not been released yet. He joins big brother Silas Randall, who Biel and Timberlake welcomed back in 2015. In April, Biel celebrated Silas' 5th birthday on Instagram, where she wrote that they had spent the day "at home, covered in legos and birthday cake."

In his 2018 book, Hindsight & Other Things I Can't See In Front Of Me, Timberlake explained that he and Biel prefer to keep their kids out of the spotlight. "We wanted him to be just for us, just for a little while," he wrote in the book, according to PopSugar. "It was important to us to choose how to share him with the world because this is a whole new era for me." He continued, "It's no longer just about me. I have a wife, a child — a family. It's terrifying. It's invigorating. It's more meaningful than anything I've ever been a part of. Until I became a father, I thought I had things to be afraid of. Now I understand that I don't have to conquer my fears. I just have to learn to live with them."

The singer has long been open about the ways that becoming a father has changed his life and perspective. "It’s the greatest thing that’s ever happened to me," he told the Australian news show Today in 2016. "It was nice to have the time to just be there and enjoy the first year." Explaining that fatherhood "changes everything," Timberlake continued, "It’s crazy. This new appreciation for both of them, her [Jessica] and him [Silas], it’s humiliating and it’s humbling at the same time … You watch her realize she has a gear she [thought she] didn’t have and then you go, 'Woah, yeah.'"

Timberlake also revealed at the time that he was inspired to write "Can't Stop the Feeling" after becoming a father. "I would have never written a song like ‘Can’t Stop the Feeling!’ [if I wasn’t a father]," he said. "I don’t know that it was directly inspired to be something that my son could listen to of mine, because there’s a lot of music he can’t … but [he was an influence]."