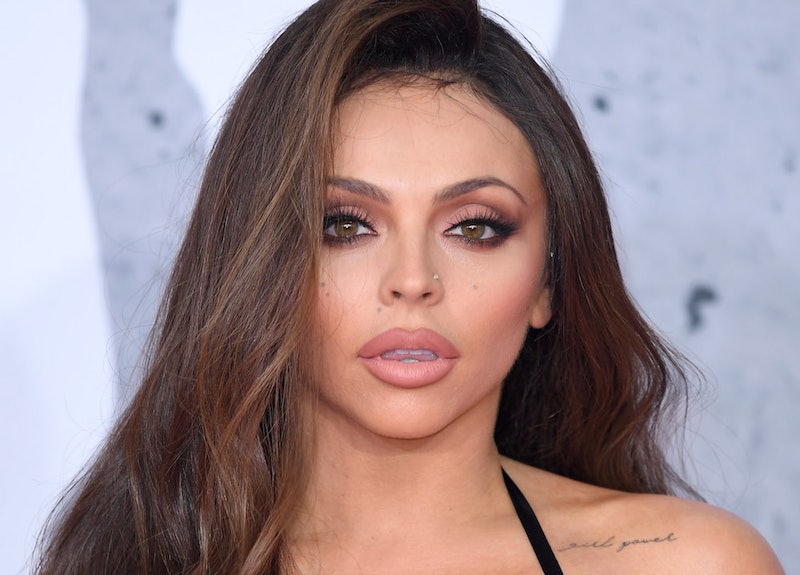 A rep for popular British girl group Little Mix has announced that Jesy Nelson will take time off from the band in a statement issued on Tuesday, Nov. 17. Nelson, who makes up one fourth of the group, will take an extended break due to "private medical reasons," per Little Mix's publicist. No additional details have been released about the 29-year-old's health, but the rep has asked for privacy to be given to Nelson during this time.

The news comes after Nelson missed the live final of BBC One's Little Mix: The Search on Nov. 7 and the subsequent MTV European Music Awards the following day due to similar undisclosed health problems. At the time, a spokesperson for the group said she was "unwell" but did not offer specifics about her condition. The news also comes after the British foursome — made up of Nelson, Perrie Edwards, Jade Thirlwall, and Leigh-Anne Pinnock — released their sixth studio album Confetti in early November, which debuted at No. 2 on the U.K. Albums Chart last week.

Last year, Nelson opened up about the toll the spotlight has taken on her mental health. The singer released a documentary, Jesy Nelson: Odd One Out, on BBC Three in September 2019, where she spoke about the online abuse that she has endured during her time in the group. She revealed that the intense scrutiny over her looks had resulted in severe depression and a suicide attempt.

"I think everyone needs to know the effects of what online trolling can do to people and how bad it can really get," Nelson said in the documentary. "I wasn't known as just one of the singers in Little Mix; I was known as the fat, ugly one. It literally consumed every part of me." Her Little Mix bandmates also appear in the documentary, offering emotional testimonials on how the experience had turned Nelson into a "broken doll." Pinnock said the trolls "took away her passion" for music.

While it was a dark time, Nelson said the experience has since emboldened her to use her platform to raise awareness on cyberbullying. "I'm a completely different person now. I'm a lot happier and mentally stronger," she continued, adding that she wanted to share the difficult experience with the world in hopes that something good would come of it. "I've got this huge platform — why would I not use that to raise awareness of how social media is affecting people?"