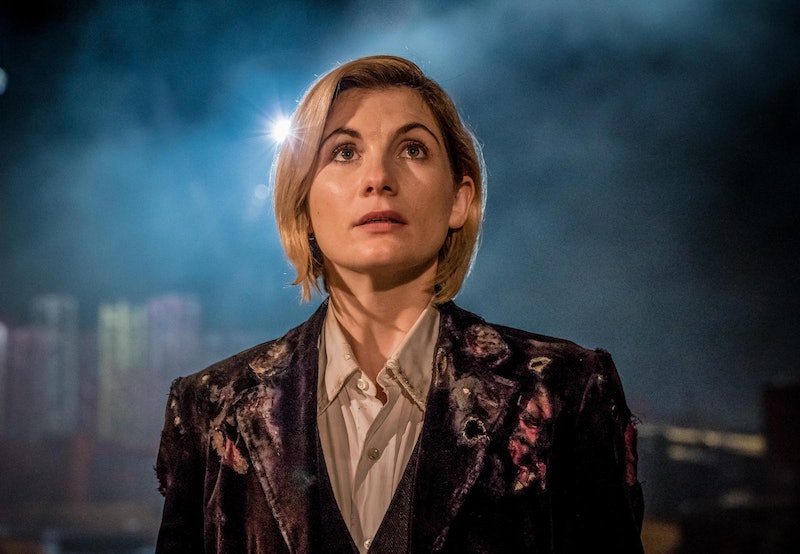 It’s been rumoured for a while, but now it is confirmed: Jodie Whittaker is to leave Doctor Who in 2022.

Per the BBC, Whittaker, the first woman in history to portray the Time Lord, will step down from the iconic role in the Autumn of 2022 along with showrunner, Chris Chibnall.

Prior to her exit from the long-running sci-fi series, Whittaker will appear in a brand new six-part Doctor Who series scheduled to air later in the year, as well as three additional specials in 2022.

In a statement confirming her exit from the series, the actor said her “heart is so full of love” for Doctor Who. “In 2017 I opened my glorious gift box of size 13 shoes. I could not have guessed the brilliant adventures, worlds and wonders I was to see in them,” she added, before thanking showrunner Chris for “entrusting” her “with his incredible stories.”

“So here we are, weeks away from wrapping on the best job I have ever had. I don't think I'll ever be able to express what this role has given me. I will carry the Doctor and the lessons I've learnt forever,” Whittaker concluded.

As the Guardian reports, showrunner Chibnall, who plans to depart the BBC drama alongside Whittaker, described his time working on the show as a “once-in-a-lifetime blast.”

“Jodie’s magnificent, iconic Doctor has exceeded all our high expectations. She’s been the gold-standard leading actor, shouldering the responsibility of being the first female Doctor with style, strength, warmth, generosity and humour.” In the statement, he added, “now our shift is done, we’re handing back the Tardis keys.”

Whittaker’s debut as the 13th Doctor aired in October 2018 and was watched by an audience of 11.5 million viewers — the highest TV ratings the sci-fi drama had enjoyed for almost a decade, the BBC reports.

In a Radio Times viewer poll conducted back in 2020, the Broadchurch star was voted the second most popular Doctor of all time, sitting just behind her Time Lord predecessor David Tennant.

The actor’s final appearance on the series will air in a feature-length special in Autumn 2022, during which the 13th Doctor will regenerate and usher in a brand new era ahead of the show’s 60th anniversary in 2023.

More like this
6 'Happy Valley' Easter Eggs You May Have Missed
By Sophie McEvoy
Claire Foy Spoke Out About 'The Crown's Gender Pay Gap
By Sam Ramsden
Olivia Colman Stars In First-Look Trailer For BBC's 'Great Expectations'
By Sabah Hussain and Sam Ramsden
Twitter Simply Couldn’t Cope With The ‘Happy Valley’ Finale
By Sophie McEvoy
Get The Very Best Of Bustle/UK
Sign up for Bustle UK's twice-weekly newsletter, featuring the latest must-watch TV, moving personal stories, and expert advice on the hottest viral buys.