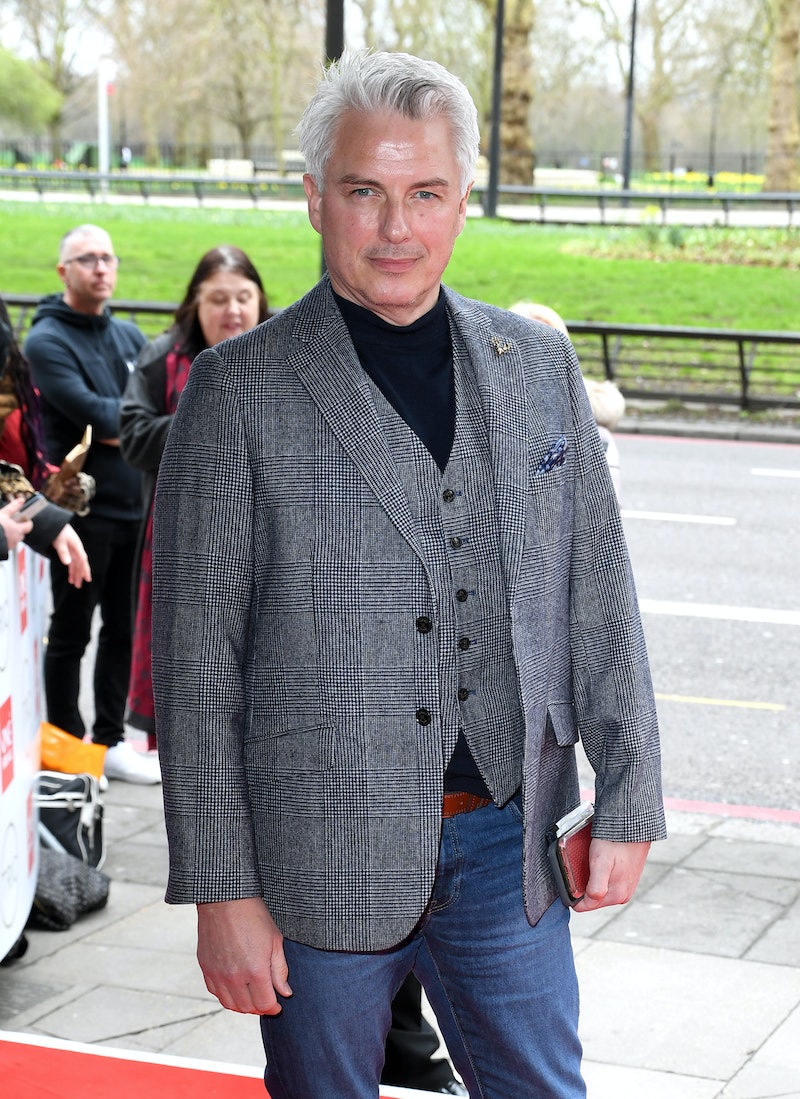 ITV has confirmed (Oct 4) that John Barrowman is stepping down as a judge Dancing On Ice after joining the celebrity skating competition in 2019. The shock exit comes after the American entertainer admitted to “tomfoolery” on the set of Doctor Who, after former cast members alleged that the actor exposed himself repeatedly.

ITV’s spokesperson released a statement confirming the news, thanking John Barrowman for his time on Dancing On Ice.

“We thank John Barrowman for two brilliant years on the Dancing On Ice panel,” it read, via The Independent.

While the entertainer will not be appearing on the next season of the popular celebrity skating competition in 2022, Barrowman will be still be working with the broadcaster on ITV special All Star Musical.

Bustle has contacted a representative for John Barrowman for comment and will update this piece should new information become available. As yet, Barrowman has yet to publicly respond to the announcement, and his social media pages, including Twitter, are currently set to private.

The 54 year old actor, who played the character of Capt Jack Harkness in Doctor Who and its spin-off show Torchwood, was accused of exposing himself to cast and crew members during his time on set.

As the Independent reports, a 2015 interview clip, which resurfaced earlier this year, sees Doctor Who actor Noel Clarke allege that Barrowman would “his d*** out every five minutes.” In the video, Clarke, who has himself recently faced multiple accusations of sexual assault charges, presented the inappropriate behaviour as banter.

Following reporting on the accusations, Barrowman admitted to “tomfoolery” on set, telling The Guardian in May 2021, that his "high-spirited behaviour" was “only ever intended in good humour to entertain colleagues on set and backstage.”

“With the benefit of hindsight, I understand that upset may have been caused by my exuberant behaviour and I have apologised for this previously,” he added per The Independent.

It’s not the first time Barrowman has been accused of exposing himself publicly, as back in 2008, Barrowman reportedly “flashed” his “fruit and nuts” during a BBC Radio 1 broadcast, prompting an apology from the actor.

At the time, he said in a statement given to The Guardian,” "I apologise for any offence I have caused. I was joining in the light-hearted and fun banter of the show and went too far. I was wrong to do this and it will never happen again.”

"I really appreciate the great support I have received from the BBC over the last few years and would never intentionally do anything to undermine the integrity of the corporation.”

More like this
Rita Ora Finally Opened Up About Marrying Taika Waititi & Their "Perfect" Wedding
By Sophie McEvoy and Catharina Cheung
Twitter Can’t Make Up Its Mind About Ekin-Su’s 'Dancing On Ice' Skate-Off
By Sophie McEvoy
Twitter Is Saying The Same Thing About Ekin-Su’s 'Dancing On Ice' Debut
By Sophie McEvoy
The Real Reason Joey Essex Quit 'TOWIE'
By Catharina Cheung
Get The Very Best Of Bustle/UK
Sign up for Bustle UK's twice-weekly newsletter, featuring the latest must-watch TV, moving personal stories, and expert advice on the hottest viral buys.