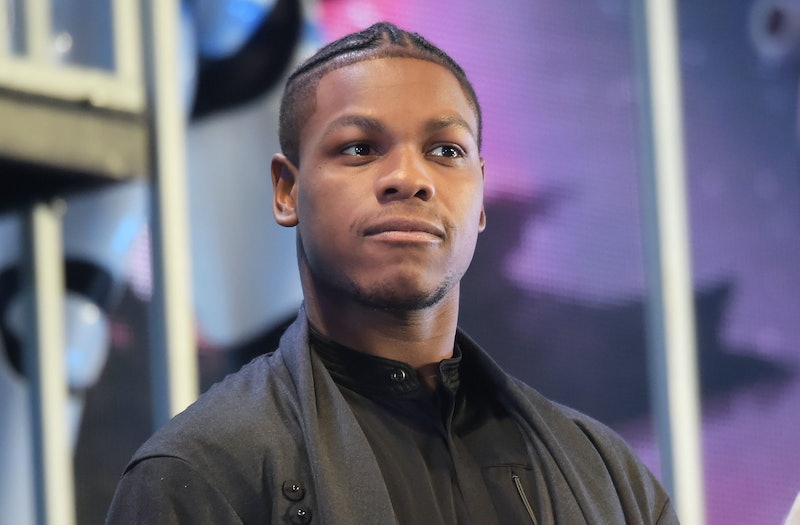 John Boyega is back at work. But what is he working on? Fans were quick to hope it was a Star Wars sequel or spin-off, but the actor was quick to shut rumours down. Not only that, but Boyega's "moved on" from Star Wars, too. And his reply was classic Boyega brilliance.

"lol no thank you," he replied when asked if he'd return to the famed franchise. "I've moved on ❤️". Responding to another comment, the actor expanded on his reaction: "Not into playing one role for too long. I have more to offer than that, that's all." Boyega's comments picked up traction on social media, leading many press outlets to report on the story.

"Isn't that what people do when a role is done?" he captioned a retweet of an article by Variety, which included the comment that he was "moving on". "It's not that deep," he concluded. "Press need to get off my snickers duo pack and relax!"

Earlier this year, Boyega also shut down rumours that Finn was going to get a Disney+ spin-off show. When asked what it would take for him to return to the franchise, Boyega responded: "You ain't going to Disney Plus me!"

"I'm watching it, though, but I'll stay in the feature films," he added. He clarified that he would be interested to return only if Daisy Ridley and Oscar Isaac came back too. But neither of them are that pumped on returning, either. "[I'm] happy and feeling fulfilled that the task is complete," Issac said, referring to Rise of Skywalker. "So I can't imagine what it would be that would make me want to revisit this thing."

"I just don't know if anything could top this one," Ridley added. "I think it's just a great story and a great close, and even though obviously the characters continue to exist, it would have been so extraordinary [to return], and I don't know if that's possible.

It's not entirely clear what role Boyega is preparing for in the original Insta post, but it's sure as hell not Star Wars.

More like this
Lewis Hamilton Turned Down A Role In 'Top Gun: Maverick' For This Surprising Reason
By Darshita Goyal
Ezra Miller Has Been Arrested Again
By Sophie McEvoy
Selena Gomez Has Been Spotted Having Fun With A Top Film Producer
By El Hunt
'Scream’s Courteney Cox Has Broken A Major Horror Record
By Sophie McEvoy
Get The Very Best Of Bustle/UK