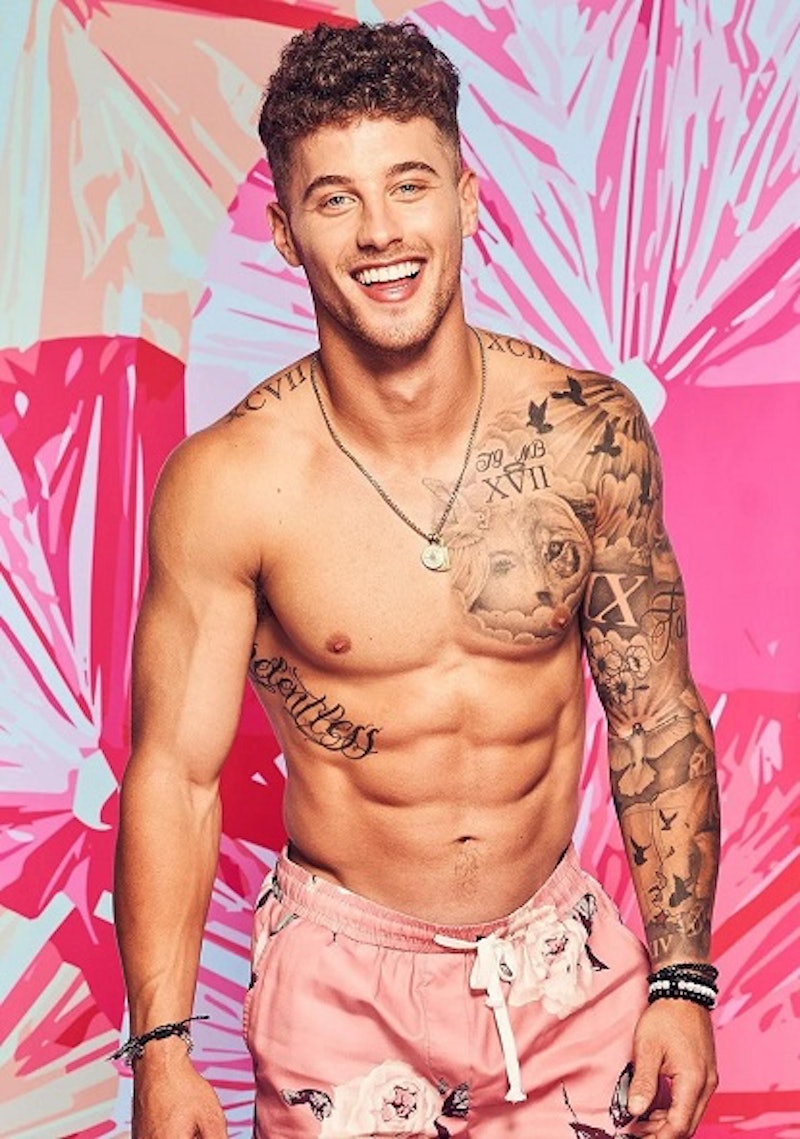 Josh Goldstein has had a rocky start on Love Island US. After hitting it off and coupling up with Shannon St. Clair, the 24-year-old athlete made the mistake of kissing newcomer Aimee Flores during a challenge — right in front of Shannon and without warning her that he was interested in someone else. This tested their budding relationship, with Shannon considering picking another contestant in the first recoupling ceremony. But Josh was remorseful, promising Shannon that she was the only one for him, and in the end she gave him another chance.

Whether he’ll live up to his word remains to be seen, but it looks like he’ll be sticking around for the foreseeable future. Here’s everything to know about him in the meantime.

Josh hails from Haverhill, Massachusetts, which is located about 40 minutes from Boston. In staying true to his New England roots, Josh elected to remain in the Northeast for college, attending Southern New Hampshire University and earning a bachelor’s degree in business administration. According to his LinkedIn, he’s also going to graduate school there and is currently pursuing a master’s in business management/marketing.

Josh played Division II baseball in college, and it’s clear that athletics remain an important part of his life. His Instagram is littered with photos of himself on the baseball diamond, and he’s talked about his love for the game on SNHU’s Youtube channel. Baseball even figures into his approach to romance, as he points out in his video promo, “I’m trying to find my permanent teammate, the short stop to my second base, that’s what I’m looking for.”

Josh Is A Reformed Player

By his own admission, Josh hasn’t been the most reliable partner in the past. “I’m a nice guy, it depends on which girls you ask. I’ve definitely had my fun,” he tells the camera. Now, he says he’s “ready to settle down and really focus on a relationship,” adding, “If I meet a girl and I know that she’s special, I’m going to take her on a date and not take her to my bedroom.” But that doesn’t apply to everyone. “For the majority of girls, that’s where we go, I don’t really talk to them after that,” he says.

To his credit, Josh expresses some remorse about his womanizing past, even admitting to having cheated on an ex. “I instantly regretted it,” he tells the camera. “I went through a lot mentally because that’s not who I am. I felt terrible and let my guard down. I made a mistake, and I’m a completely changed person now.”

It would appear that Josh’s strides to be more loyal extend into what he’s looking for in a parter. In an interview with Parade, Josh said that his red flags in a potential match are that they’re, “Not loyal, not trustworthy, and not a good person who doesn’t treat people right.”

From what Josh says, he’s ready to put his past behind him and treat women with respect. “When I’m committed, my girl is like a queen to me, she comes first over everybody, and she knows it,” he says in the promo

However, he hasn’t exactly exemplified that on the show so far. Hopefully Shannon made the right choice.