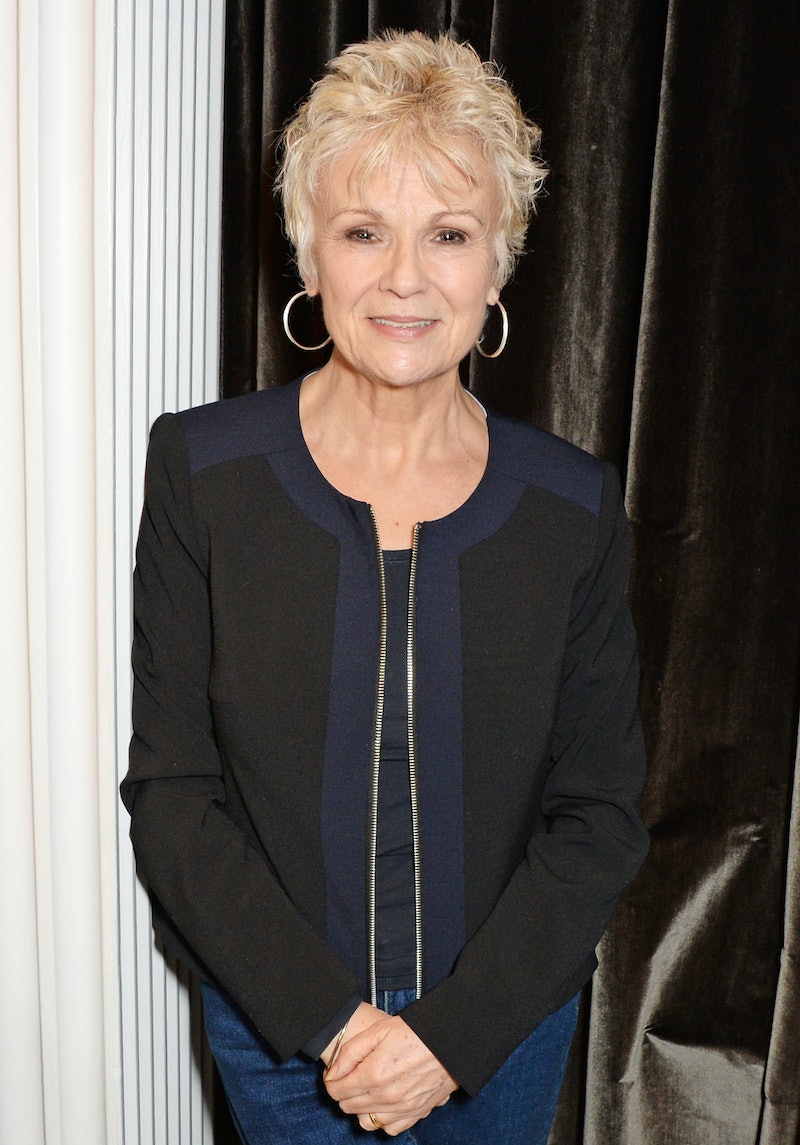 Earlier this year, Julie Walters announced that she would be taking a step back from acting after a two-year battle with bowel cancer. During an interview with Victoria Derbyshire in February, Walters said she'd only take on roles she was "really engaged" with. Lucky for us, she has now revealed that Mamma Mia 3 would be included in that list.

The actor was diagnosed with three-stage bowel cancer in 2018 but thankfully received the all clear from doctors this year. Walters has since revealed that she believes work-related stress played a role in her initial diagnosis and for that reason she needs to step back from acting.

When asked by Victoria Derbyshire earlier this year what would entice her back, Walters replied: "It would have to be something I'm really engaged with."

She continued: "I'm not saying I'll never act again. But I certainly don't think I can go back to [a film that requires working] six days a week, five in the morning till seven o'clock at night."

In an interview with the Times published this weekend (Oct. 19), Walters explained further, saying "I have to totally be in it. It's very stressful. You're being judged. It's a stressful job and I don't sleep when I'm working. It's not good for me."

She later added: "After I had the operation and I was thinking about the future, I thought, 'I don’t want to work again.'"

However, fans will be very happy to hear that the star said that she would make an exception for another Mamma Mia movie.

Walters' has said that her experience with cancer has given her a different outlook on life – especially her career. "I feel like a different person now," she told ITV's Lorraine Kelly (via the Independent). "People ask me about jobs like Mamma Mia and Harry Potter, and things like that, and it feels like it should be someone else answering, not me."

Walters was filming 2020's The Secret Garden when she found out she had cancer, and was due to be in two "big series" and films. "And I just didn't have to do any of it. And that was wonderful."

Initially keeping her health private, Walters shared that she had first gone to the doctor with indigestion and "slight discomfort" and returned when she started to develop more symptoms such as stomach pain, heartburn, and vomiting. As the BBC explains, the actor's cancer had developed two tumours in her intestine and "spread to nearby lymph nodes" by the time she was diagnosed, "but not to distant body parts."

"I had a weird reaction [to the diagnosis]," the actor explained further to the Times . "Part of me was going, 'Oh my God, I've got cancer and it's all systems go to have it treated. But there was actually an element of going, 'I don't have to do any more work. I can actually get off this treadmill."

The actor urges anyone with symptoms to get them checked, no matter how insignificant they may be or if you feel embarrassed. "Your bowl is part of your digestive system, it's just what digests your food. Think of that," she told Derbyshire. "Doctors are used to bottoms. They've got one themselves."