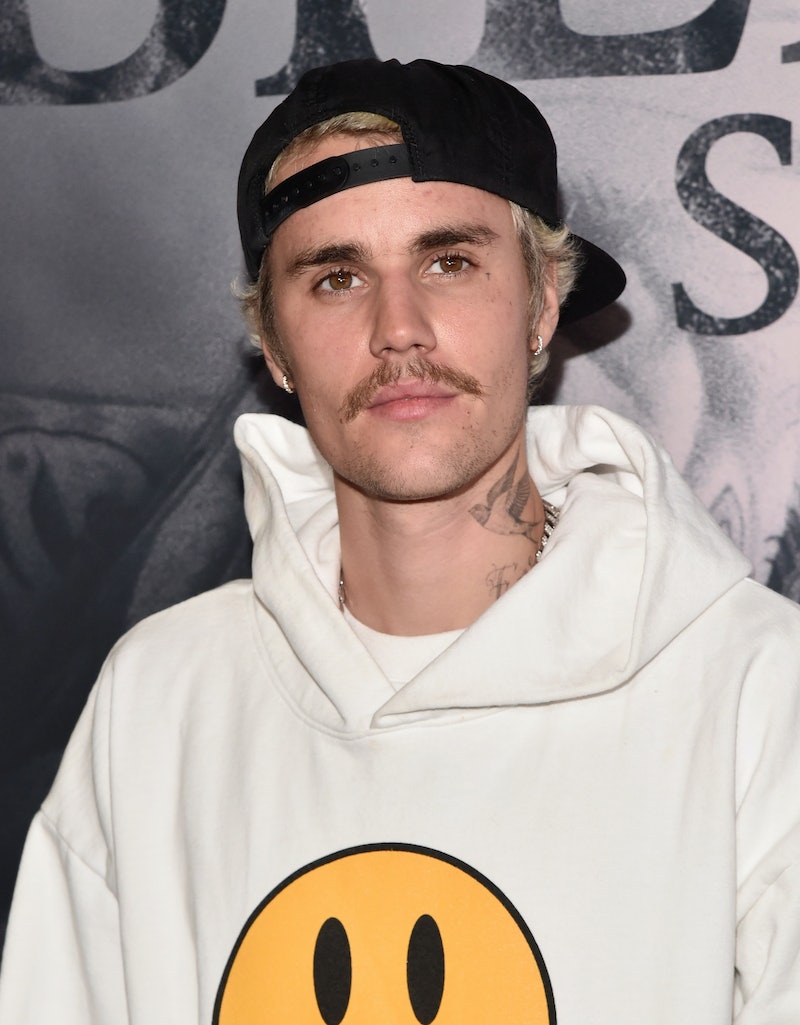 In a candid Instagram post on Saturday, Jan. 23, Justin Bieber marked his DUI arrest's seventh anniversary. The 26-year-old singer shared his thoughts on the experience, saying he is "not proud of where I was at in my life." Following the 2014 Miami Beach incident, Bieber pleaded guilty to careless driving and resisting arrest, agreeing to attend anger management counseling, an educational program about the impact of drunk driving on victims, and making a donation of $50,000 to a youth charity as part of the plea deal, according to CNN.

The "Holy" singer revealed that he was struggling at the time, writing on Instagram that he "was hurting, unhappy, confused, angry, mislead [sic], misunderstood and angry at god." He added a joke about the paparazzi photo, saying he "also wore too much leather for someone in Miami." Bieber went on to explain how religion played a role in turning his life around, writing, "All this to say God has brought me a long way."

Bieber also encouraged fans to "let your past be a reminder of how far god has brought you" in the caption. He wrote, "Don’t allow shame to ruin your 'today,'" and then signed off with a message for his followers: "LOVE YOU GUYS WITH MY WHOLE HEART."

The Instagram post is not the first time Bieber has opened up about his struggles with fame, including his experience with depression and substance abuse. In 2017, Bieber posted his mugshot on Instagram, writing that the photo reminds him "IM NOT EXACTLY WHERE I WANT TO BE BUT THANK GOD IM NOT WHERE I USED TO BE." He also wrote: "THE BEST IS YET TO COME DO YOU BELIEVE IT?"

In September 2019, Bieber shared a lengthy note on Instagram, further explaining the negative impact the "huge ups and downs" of his career as an entertainer have had on his mental health. "I started doing pretty heavy drugs at 19 and abused all of my relationships," the singer wrote in the caption. "It has taken years for me to bounce back from these terrible decisions, fix broken relationships, and change relationship habits. ... All this is to say when the odds are against you keep fighting."

More like this
Britney Spears Shares & Deletes Photos Of Justin Timberlake From 22 Years Ago
By Jake Viswanath
15 Photos Of 'The Last Of Us' Star Pedro Pascal That Cement His Zaddy Status
By Radhika Menon
Who Is Pete Davidson Dating? He & Chase Sui Wonders Got Caught Kissing
By Jake Viswanath
'Bachelorette' Vet Clare Crawley Unveiled 2 Special Wedding Day Accessories
By Stephanie Topacio Long
Get Even More From Bustle — Sign Up For The Newsletter
From hair trends to relationship advice, our daily newsletter has everything you need to sound like a person who’s on TikTok, even if you aren’t.