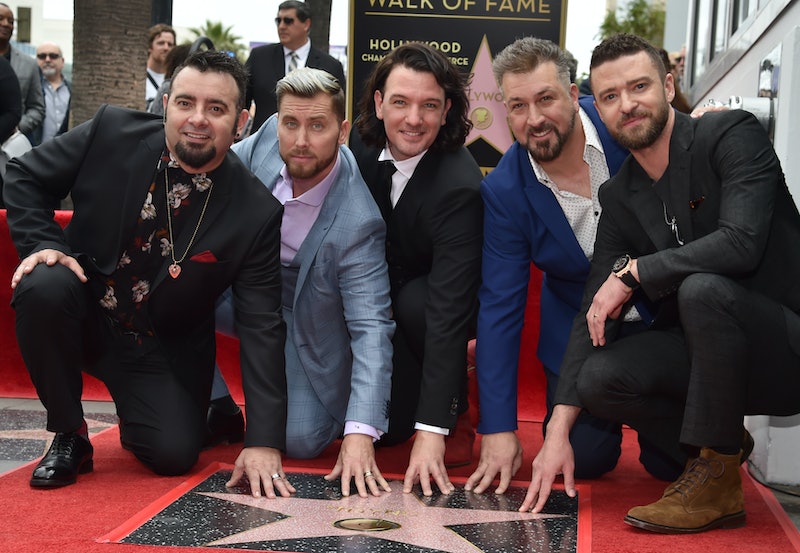 It's been almost 20 years since boy band fans were devastated by the announcement of *NSYNC's breakup, but Justin Timberlake insists it wasn't "big news" to any of the five band members. On Sunday, Timberlake revisited the pivotal moment in his career during an interview with Zane Lowe for Apple Music Essentials, where he touched on the "indefinite hiatus" *NSYNC announced in 2001 (emphasis on "indefinite"), and other career-defining moments.

Lowe described the band's split as "big news", saying of the moment, "it was hype." Timberlake, JC Chasez, Joey Fatone, Lance Bass, and Chris Kirkpatrick went their separate ways in 2001 following the release of their fourth album Celebrity. The move devastated fans, but, according to Timberlake, none of the members were shocked by the breakup. "At that time, everyone had aspirations of doing other things, and we had talked about it," he told Lowe. The "Can't Stop the Feeling!" singer added that he had always intended to pursue a solo career, noting, "when I was ten years old, my dream was to have my own record."

At the time, the singer had told The New York Post that he felt he could be a part of *NSYNC and release his own music. "There's no reason my solo career and *NSYNC can't coexist in the same universe," he said, per Huffington Post. "*NSYNC is in no danger. The break we're on was a conscious move," he added. "We all wanted to do it." However, looking back, it certainly seems that Timberlake made a much more clean break. In August of 2002, he dropped his first single "Like I Love You," which he premiered in his first solo performance at the MTV Video Music Awards. And the singer's first solo record, Justified, debuted at No. 2 on the Billboard Hot 200 and went on to sell three million copies. The rest, as they say, is pop history.

The interview wasn't the first time Timberlake described NSYNC's breakup as inevitable. In 2017, Timberlake reflected on *NSYNC's rapid rise to fame in the late 90s, saying all the members felt "like the whole thing was too big," as per The Hollywood Reporter. Additionally, the singer said that, by the time the band split up, he was "growing out of it" and that he "cared more about the music than some of the other people in the group." He added, "I felt like I had other music I wanted to make and that I needed to follow my heart."

During his discussion with Lowe, Timberlake did not address the possibility of an *NSYNC reunion, and though fans still have their hopes, it's looking more and more like a real group comeback is a long shot. In September, Lance Bass confirmed there were "no talks" of *NSYNC reuniting or doing anything together ever again, as per Entertainment Tonight. Bass added, "We to move on and you know, just remember the good times."

More like this
The Spice Girls Just Dropped A Brand New Music Video
By Sam Ramsden
Netflix Reveals First Look At Wednesday In The 'Addams Family' Spinoff Series
By Bustle Editors
Kenan & Kel Just Reunited At The 2022 Emmys & Twitter Is Overjoyed
By Grace Wehniainen
20 Years Later, Kelly Clarkson & 'American Idol' Judges Reunite For Her Hollywood Walk Of Fame Star
By Radhika Menon
Get Even More From Bustle — Sign Up For The Newsletter