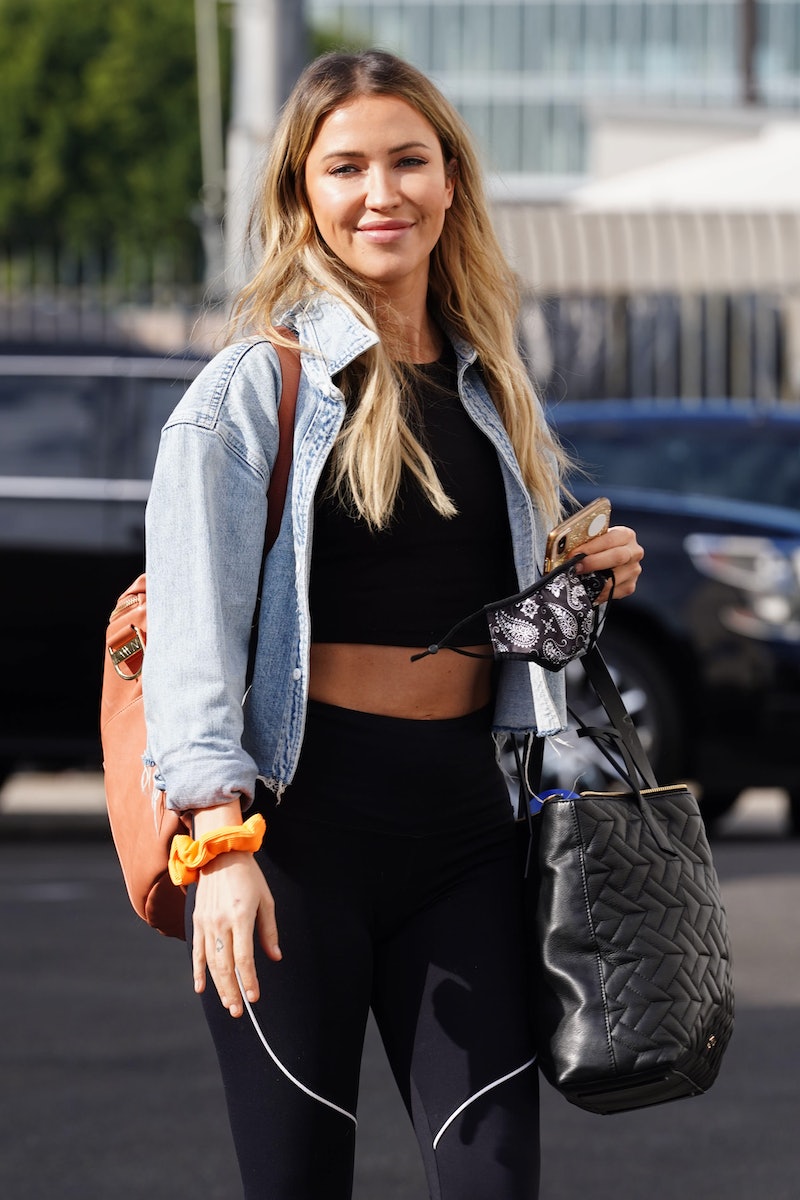 Every journey to the Mirrorball Trophy will have its ups and downs. On Sunday, Kaitlyn Bristowe showed fans a "day in a life" filming Dancing with the Stars, offering a behind-the-scenes look at the rehearsal space and documenting her own anxieties about an upcoming performance.

While the former Bachelorette was smiling and happy throughout the day, showing fans the wardrobe department and how the cameras know where to be at all times, Kaitlyn did share a teary-eyed confession at the end of her rehearsal. As she sniffled, she told fans, "Now is the part where I cry into my salad ... You want rehearsals to go a certain way and when they don't I just get so disappointed in myself," she said on her Instagram Story. "You work so hard to get to this point and you watch it back and you're like, 'I'm better than that.'"

However, the DWTS contestant, who consistently ranks at the top of the judges' leaderboard, seemed ready to put the struggle behind her. In one of her Story captions, she wrote "I'm gonna give it my all tomorrow. This is the time to friggen step it up." To help her unwind after the grueling day, Kaitlyn revealed that her boyfriend, Jason Tartick, set up a foot bath and poured a glass of wine for her.

The reality star's "day in a life" is not the first time she's been candid with fans about the emotional journey of being on Dancing with the Stars. Last week, Kaitlyn posted a video of her most recent DWTS performance on Instagram, celebrating her and Artem Chigvintsev's perfect score and place in the semi-finals. She wrote that "seeing 10’s across the board was soooo encouraging" and was an achievement that came at the ideal moment considering she'd "been feeling a little defeated, and exhausted." Kaitlyn added, "Thank you Artem for pushing me and knowing my potential."

The Dancing With The Stars semifinals air tonight at 8 p.m. EST on ABC.