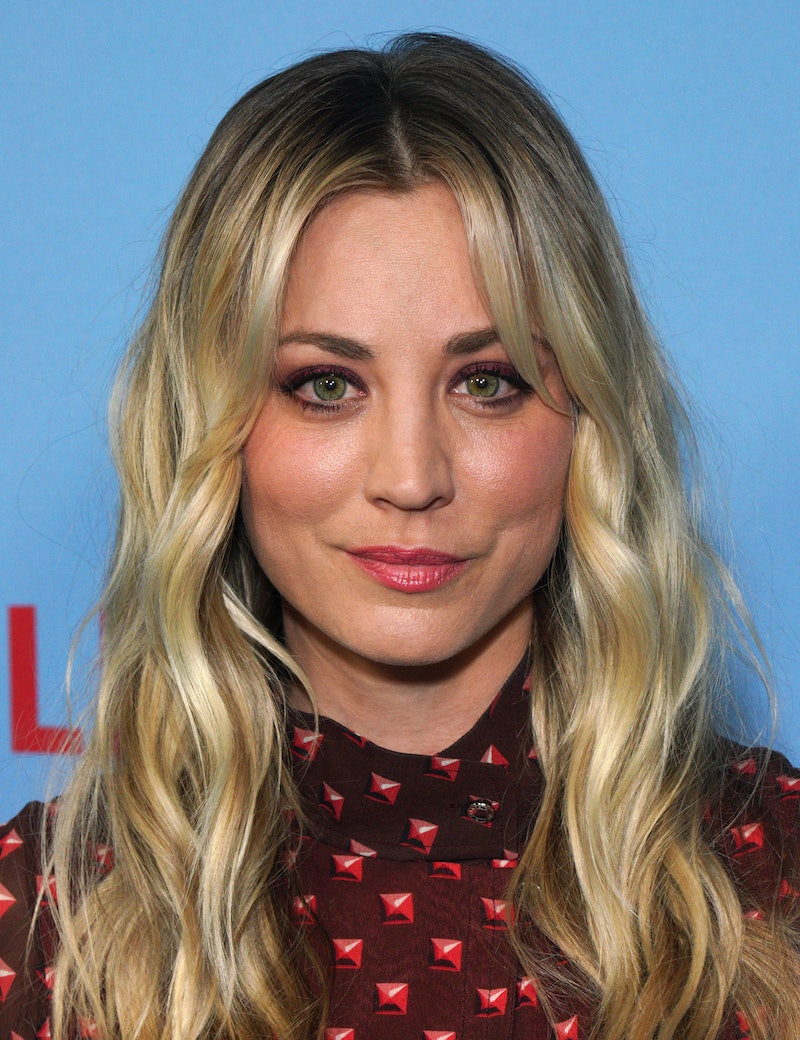 Longtime equestrian and horse lover Kaley Cuoco has zero tolerance for animal cruelty, and now she’s putting her money where her mouth is. After video surfaced of German coach Kim Raisner punching a horse named Saint Boy during the Tokyo Olympics’ modern decathlon event on Aug. 6, the Big Bang Theory alum decided to speak out. In a series of Instagram stories on Friday, Aug. 13, she not only slammed Raisner and rider Annika Schleu, she offered to give the horse a new home.

“I feel it’s my duty and heart to comment on this disgrace,” she wrote across two stories. “This is not Olympic show jumping. This is a disgusting classless abusive representation of our sport in so many ways. This team should be ashamed of themselves. ... I’ll buy that horse outright and show it the life [it] should have. Name your price.”

In footage from the Olympic event, Raisner could be seen striking the horse and encouraging rider Annika Schleu to “really hit” her mount after he refused to jump fences during the competition, per NBC News. After reviewing the footage, the Modern Pentathlon Foundation determined Raisner’s actions violated UIPM Competition Rules and gave her a black card, which disqualified her from the remainder of the Tokyo 2020 Games. Prior to the decision, the president of the German Olympic Sports Confederation, Alfons Hoermann, said in a statement that he’d already pulled Raisner from the Aug. 7 men’s individual competition and that “an urgent review of the incident is necessary, especially in terms of animal protection.”

Cuoco, who already owns 25 horses, also wrote in her scathing response to the incident, “You and your team did not do your country proud or this sport. You make us look bad. Shame on you and Godspeed to any animal that comes in contact with you.” She went on to call the behavior “degusting on all levels” and the rider and trainer “a disgrace.”

Neither Raisner nor Schleu owns Saint Boy, so they’re not the ones Cuoco would actually need to do business with. Riders in the pentathlon are matched with unfamiliar horses in a draw prior to competing, and Saint Boy’s owners are at the Minakuchi Riding Club. In an Aug. 8 update via the UIPM World Pentathlon Twitter account, they described him as “in good health, although fatigued from competition.”

If Cuoco did end up with him, though, he’d likely be in good hands. The actor’s love of horses is well-documented. Most recently, she welcomed her Flight Attendant co-star Zosia Mamet’s horse, Ten, to her Big Bay City stables, where the animal will live while they film the HBO Max series’ second season for the next few months. Within hours of trying to buy Saint Boy, Cuoco reshared Instagram stories from Ten’s journey, and Mamet wrote, “@kaleycuoco We love you!!!!!!! Couldn’t have done this without your support and [peer] pressure,” alongside a photo of Ten at her “final destination.”

Cuoco has also been clear about how horses have had a profound impact on her throughout her life. “It’s great for me to be able to kind of mellow out from that Hollywood lifestyle, the horses have helped me stay totally normal which is very hard to be in that business,” she explained to The Plaid Horse in 2017, joking that they’ve saved her “from a total path of destruction.” She noted that she has been known to “say that horses are [her] real job, and acting is just a hobby.”

Even Cuoco’s love life has been touched by her passion for horses. She is married to horse trainer Karl Cook, whom she met at a 2016 race, and has said that the animals strengthened their connection. “I think anyone who works with animals has to have a kind soul,” she told People in 2019. “It’s almost like he’s the horse whisperer. He is just wonderful with them. It’s really beautiful to see that patience he has with them. … He’s so gentle.”

If buying Saint Boy works out, they’ll have another horse to bond over. Cuoco later noted on Instagram that she “wasn’t kidding” about her offer to buy him, and it seems she’s more than willing to repay the favor to an animal that’s given her so much.

More like this
Kaley Cuoco Was Set Up With Her New Boyfriend Tom Pelphrey By Her Manager
By Hugh McIntyre and Jake Viswanath
Taylor Swift Wants To Direct A Movie Next — But You Might Have To Wait
By Radhika Menon
Everything To Know About Taylor Swift’s 10th Studio Album, 'Midnights'
By Grace Wehniainen and Jake Viswanath
Rachel Zegler Reveals She Had Breast Cancer Scare
By Radhika Menon
Get Even More From Bustle — Sign Up For The Newsletter