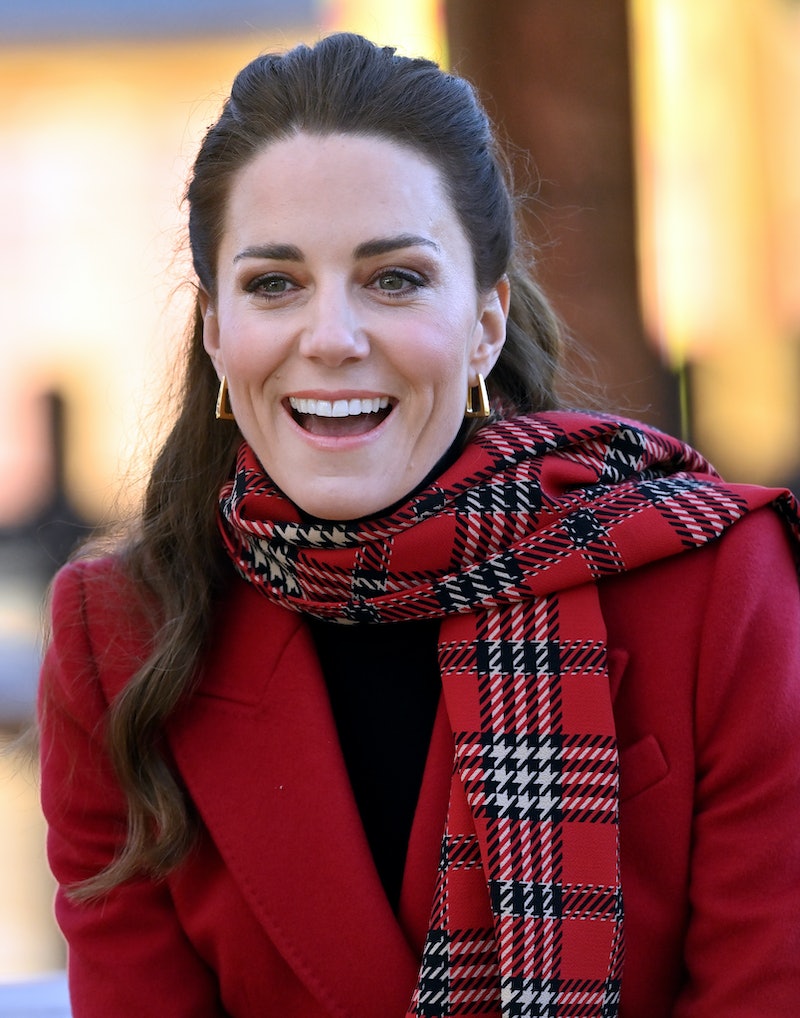 The Duke and Duchess of Hastings may have the support of the Duchess of Cambridge herself. During a recent interview for the Royal Family's YouTube channel, Kate Middleton may have revealed she's a Bridgerton fan just like pretty much everyone else. The Duchess was speaking about parenting and homeschooling during the pandemic when the moderator asked her to write down who her biggest supporter was in lockdown.

"William," she wrote, referring to her husband. "That's lovely. Lovely to hear," the moderator said. "We don't want it to be Bridgerton or something like that, do we?" While the fellow parents on the panel giggled at the joke, Kate grinned and let out a big laugh at the mention of the hit Netflix series, which made fans wonder if she's been marathoning it at home. "So, I'm thinking Kate Middleton watched #Bridgerton or definitely has heard of THAT Duke?" one fan tweeted. "Kate knows about Bridgerton," another person wrote. "Can we have a watch party with her please!"

Instead of speaking about the show, Kate instead shared that she was grateful for Prince William's support in quarantine, especially since "it's been really difficult for lots of families, not being able to rely on their usual support systems." However, if she did binge-watch Bridgerton in lockdown, it wouldn't exactly come as a surprise. In a 2017 BBC Radio 1 interview, William said they watch a lot of popular TV series and are "big fans of Homeland." He also told the host that Game of Thrones is definitely "worth watching."

If the Duchess of Cambridge does watch the Regency-era series, she would be just one of millions. Per a new report from Deadline, Bridgerton is Netflix's most-watched original series of all time, with 82 million households around the world watching at least part of the series in its first month. "I think the show really provides an incredible escape for audiences at a time where that's exactly what's needed," showrunner Chris Van Dusen said. "Bridgerton is this lavish, vibrant, steamy Regency love story; it is about romance, love and joy; I think all of those things are really universal themes people are responding to."

Fans everywhere, Kate (possibly) included, have a lot to look forward to when Season 2 hits the streaming platform. According to actor Jonathan Bailey, who plays Anthony Bridgerton, it's only going to get better from here. "It's just going to get more exciting and convoluted and sexier," he told Entertainment Tonight on Jan. 21. "There's so much ... This is only the beginning."