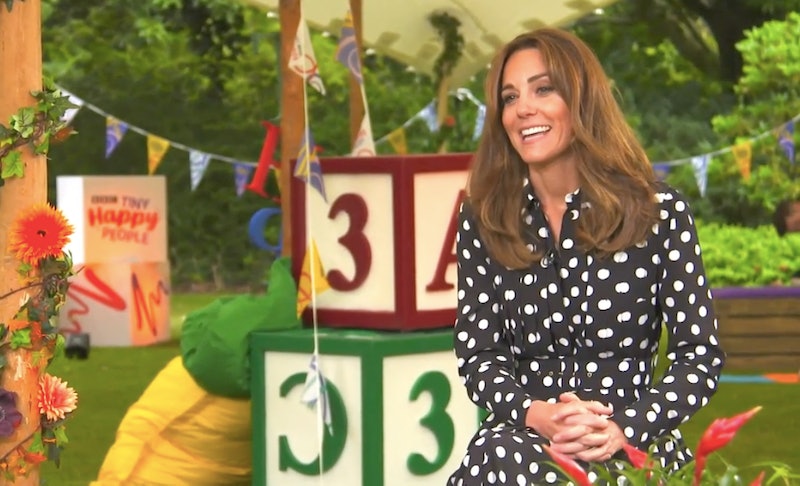 On July 14, Kate, Duchess of Cambridge, brought a group of parents together at Sandringham for the launch of the BBC's Tiny Happy People, a digital resource to helps to build a child's language and communication skills. Speaking to BBC Breakfast during the event, Kate emphasised how important it was that new parents receive support and have access to resources such as Tiny Happy People during their child's early years.

In England it’s estimated that one in four children who start primary school are behind with their levels of literacy development which include language. And The Tiny Happy Place website states that, in some areas, that figure can rise to one in three.

Early years development has been something that Kate has been passionate about for many years and speaking to BBC Breakfast’s Louise Minchin she said, “In the first few months there’s a huge amount of support from midwives and health visitors and things, but from then onwards there’s a massive gap before they start school.”

Young dad Ryan spoke to Kate about the things he’s learned through Tiny Happy People, including how to identify his daughter's different kinds of cries. "It's information like that I wish I had when I became a first-time mum,” Kate said to Louise, recalling the conversation. “It’s gold dust really for a family to be given these tips and tools to use in these first time years.”

The parents at Kate's event also spoke about what lockdown has been like, revealing that, while the isolations has been tough, it’s meant more time spent together as a family. Speaking about her own children, the Duchess of Cambridge said, “Louis doesn't understand social distancing. So he goes out wanting to cuddle everything, particularly any babies younger than him." And when it comes to appetites she said, “My children have bottomless pits. I feel like a constant feeding machine.”

Tiny Happy People has films, articles, quizzes, and parenting tips for both babies and parents designed to help right from pregnancy. Kate's partnership with the platform furthers her work in raising awareness for the importance of early years development.

You can find Tiny Happy People on the BBC website.