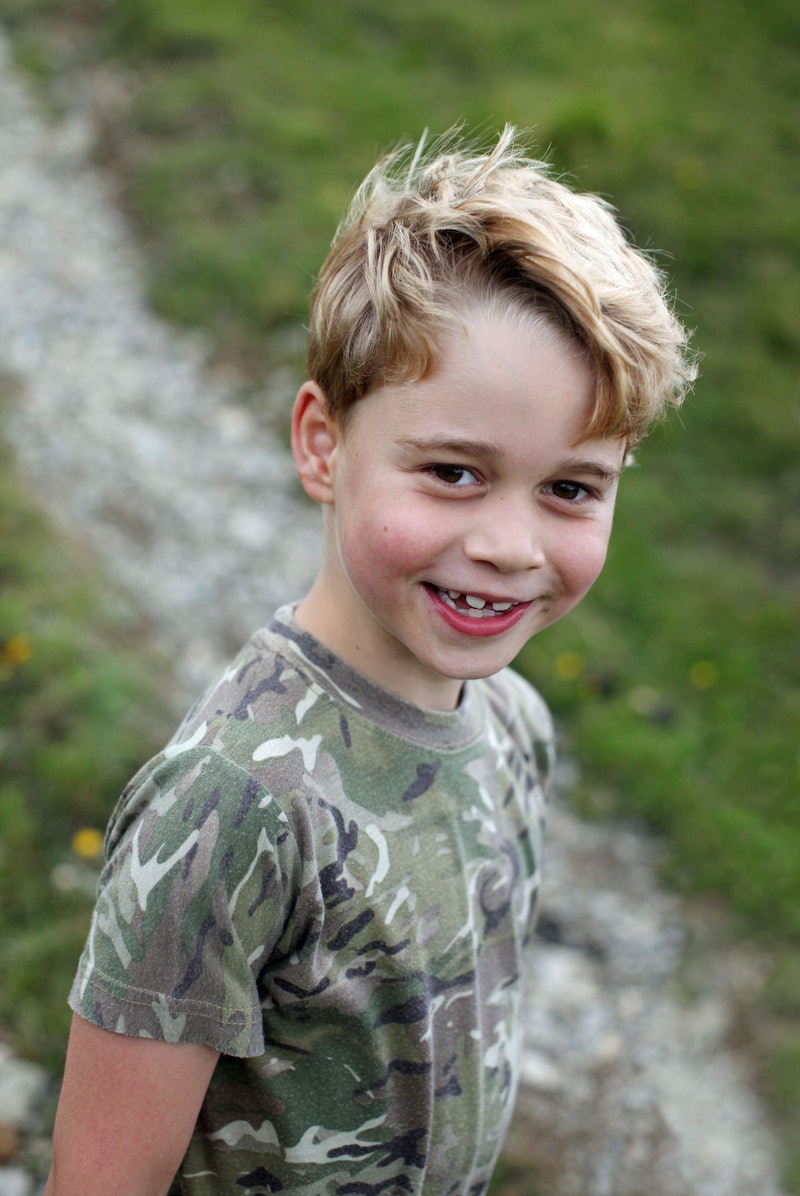 Like many of the family's photos that are shared these days, these two new snaps were taken by none other than Kate, Duchess of Cambridge, herself, and were shared across the royals' social channels such as Instagram.

One photo shows George outside in front of a green backdrop wearing an army camouflage t-shirt, and flashing his cute smile. He's also showing off his grin in the other photo, where he wears a khaki polo shirt.

The first caption to the photos read: "Sharing a [photo] taken by The Duchess ahead of Prince George’s seventh birthday tomorrow!" while the second, which was posted today, said: "Thank you everyone for your very kind wishes on Prince George’s birthday today!."

Hundreds of well-wishers have commented on both photos to wish George a very happy birthday.

It is unclear how the young royal will be spending his birthday, although it will presumably be in his parents' Norfolk home with his parents and two siblings.

George is the eldest of three in the Cambridge family, with younger sister Charlotte at five years old, and George's baby brother Louis now at two years old. It is expected that Prince George will become the 43rd monarch of Great Britain after his grandfather and father.