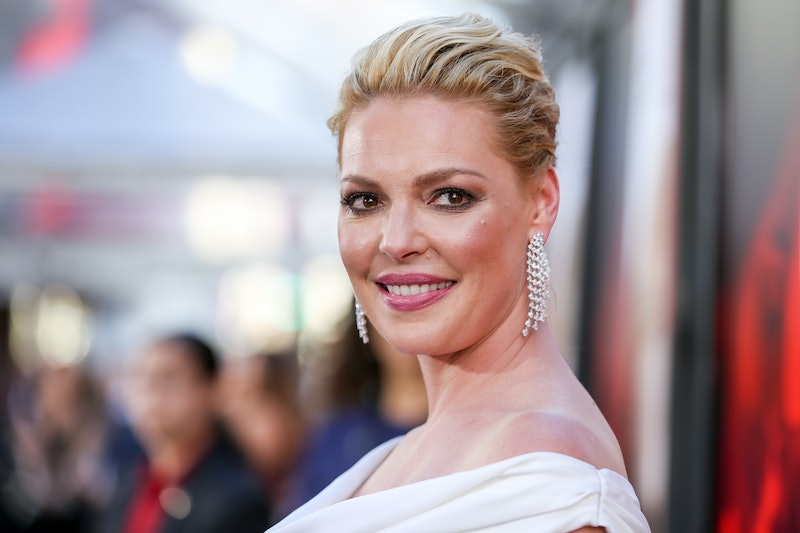 Roughly 11 years after her contentious exit, Grey's Anatomy actor Katherine Heigl just suggested that she would be open to reprising her role on the medical drama. Heigl, who starred as Izzie Stevens on the Shonda Rhimes series between 2005 to 2010, famously left the series after its sixth season. In an interview with E! News' Daily Pop on Wednesday, Jan. 26, Heigl offered a surprising response when asked if she would ever return to the show, which is now in its 17th season.

"I don't know," the 27 Dresses actor said. "But I would never say never." Heigl's answer comes after years of public feuds and viral remarks that suggested there was tension behind the scenes. Prior to her departure, Heigl made headlines after she declined Emmys consideration in 2008 for her work in Season 4 of the series, revealing that she didn't feel that the material she was given justified award consideration.

Heigl reflected on the incident in an interview on The Howard Stern Show in 2016, explaining she was "really embarrassed" when the remarks went viral. "I went in to [see] Shonda and said, 'I'm so sorry. That wasn't cool, and I should not have said that,'" she said. "But at the time, I didn't think anyone would notice. I just quietly didn't submit and then it became a story, and I felt I was obligated to make my statement."

In an interview with Oprah Winfrey in 2012, Rhimes reflected on Heigl's remarks, saying they "stung." She told Winfrey, "On some level, I was not surprised. When people show you who they are, believe them. I carry that [mantra] with me a lot. It has served me well." Prior to that interview, Rhimes threw shade at Heigl in 2014 while discussing the culture of her political drama Scandal. "There are no Heigls in this situation," she told The Hollywood Reporter. "I don't put up with bullsh*t or nasty people. I don't have time for it."

In November 2020, Heigl's 2007 feud with former co-star Isaiah Washington was abruptly rehashed. At the time, Heigl said Washington "needs to just not speak in public" after he reportedly used a homophobic slur against fellow co-star T.R. Knight. "This woman once proclaimed that I should 'never' be allowed to speak publicly again," he tweeted on Nov. 16, adding, "I will NEVER stop exercising my free speech." A source close to Heigl issued a statement at the time that read, "Katherine stood up for her close friend twice when Isaiah publicly outed him... That's hate talk, not free speech. She is proud that she stood up for him."

In any case, it sounds like Heigl is ready to put these tensions behind her for good.