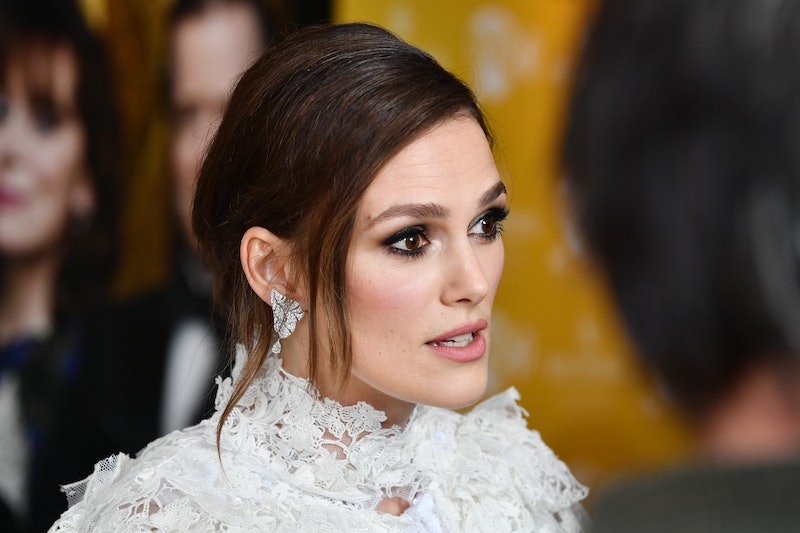 Keira Knightley returns to our screens with another festive film just in time for Christmas. But, unlike the 2003 fave Love Actually, her new film Silent Night isn’t a heart-warmer. Per Digital Spy, the official synopsis reads: "In true British fashion, (while the rest of the world faces impending doom), a group of old friends reunite to celebrate Christmas in the comfort of an idyllic country home.”

“Burdened with the inconvenience of mankind’s imminent destruction, they adopt a stiff upper lip, crack open another bottle of prosecco and continue with their festivities. But no amount of stoicism can replace the courage needed for their last night on earth."

Griffin is married to cinematographer Ben Davis and they have three sons: Roman, Gilby, and Hardy, who all appear in her upcoming feature. But what else is there to know about the Keep Sitges Film Festival award-winning movie? Read on to find out more about the plot, the trailer, the release date, and everything else we know so far.

Knightley and Downton Abbey Star Matthew Goode play couple Nell and Simon. This isn’t the first time this duo have worked together; they starred opposite each other in the 2014 biopic The Imitation Game, and again in 2019 for Official Secrets.

The film depicts Knightley and Goode as they host a dystopian final Christmas supper, with their closest family and friends invited over to join the festivities. A toxic cloud of lethal poison is sweeping the planet and heading towards the couple’s countryside home, due to arrive just hours after midnight on Dec. 26. Those gathered have to choose between waiting for the cloud (and their deaths) to arrive or hastening their ends with a government-issued suicide pill.

The first official trailer for Silent Night dropped on Nov. 10, offering a first glimpse of the apocalyptic comedy.

The festive-themed film was produced by Altitude Media Group, the UK studio behind Academy Award-winning films Moonlight and Minari.

Silent Night will arrive in cinemas on Dec. 3, just in time for the festive season.

This article was originally published on Oct. 20, 2021