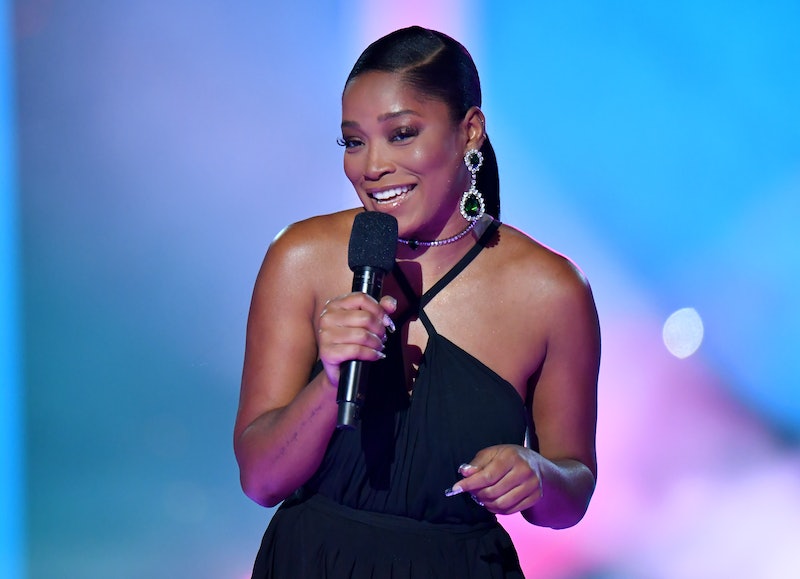 Fifteen years after her turn as a teen spelling champ in Akeelah and the Bee, Keke Palmer got to see fiction turn into fact. Like Akeelah Anderson from the 2006 film, 14-year-old Zaila Avant-garde — aka “the real life Akeelah,” according to Palmer — won the Scripps National Spelling Bee on July 8. What’s more, the Louisiana-born teen made history in becoming the first Black American to win the competition in almost 100 years of contests. (The first Black winner was a 12-year-old Jamaican named Jody-Anne Maxwell in 1998, per The New York Times.)

“THE REAL LIFE AKEELAH YOU GUYS!! The real life one. I’m so happy in my heart,” Palmer captioned her July 8 Instagram screenshot of CNN’s announcement of Avant-garde’s spelling bee win. “A couple of weeks ago I sent in a video encouraging all the contestants and for this to happen just feels so spiritual! I am so happy. Major love to [Akeelah and the Bee writer and director] Doug Atchison that allowed me to act a dream and thank God for letting me live to see it come to fruition.”

Avant-garde, who also holds three Guinness world records for her basketball skills, certainly showed her own power when clinching the 2021 National Spelling Bee title with the word “Murraya” — and Palmer wasn’t the only public figure to take note. In addition to drawing Twitter congratulations from two sets of former U.S. presidents and first ladies (Barack and Michelle Obama, as well as Bill and Hillary Clinton), the teen phenom even attracted the attention of current White House occupants President Joe Biden and Dr. Jill Biden, in addition to Vice President Kamala Harris. “Congratulations, Zaila! We’re all so proud of you,” President Biden tweeted on July 9. “I have a feeling this isn’t the last time you’ll be making history.”

Outside the Beltway, awestruck Hollywood stars, from Oprah Winfrey and Shonda Rhimes to Halley Berry and Elizabeth Banks, tweeted their own messages of congratulations. Celebrity tweets included one in which Kerry Washington spelled out, “B-L-A-C-K G-I-R-L M-A-G-I-C,” and in another, NBA star Stephen Curry encouraged Avant-garde to “keep changing the game.”

Now that she’s taken home the top prize, Avant-garde hopes to inspire her African American peers to follow suit. “I’m hoping that in a few years, I’ll see a whole lot more African American females, and males, too, doing well in the Scripps Spelling Bee,” she said during a July 9 Good Morning America interview. “You don’t really see too many African Americans doing too well in spelling bees, and that’s a bit sad because it’s a gate-opener to being interested in education.”

Although the fictional Akeelah inspired many, Avant-garde is the real deal.