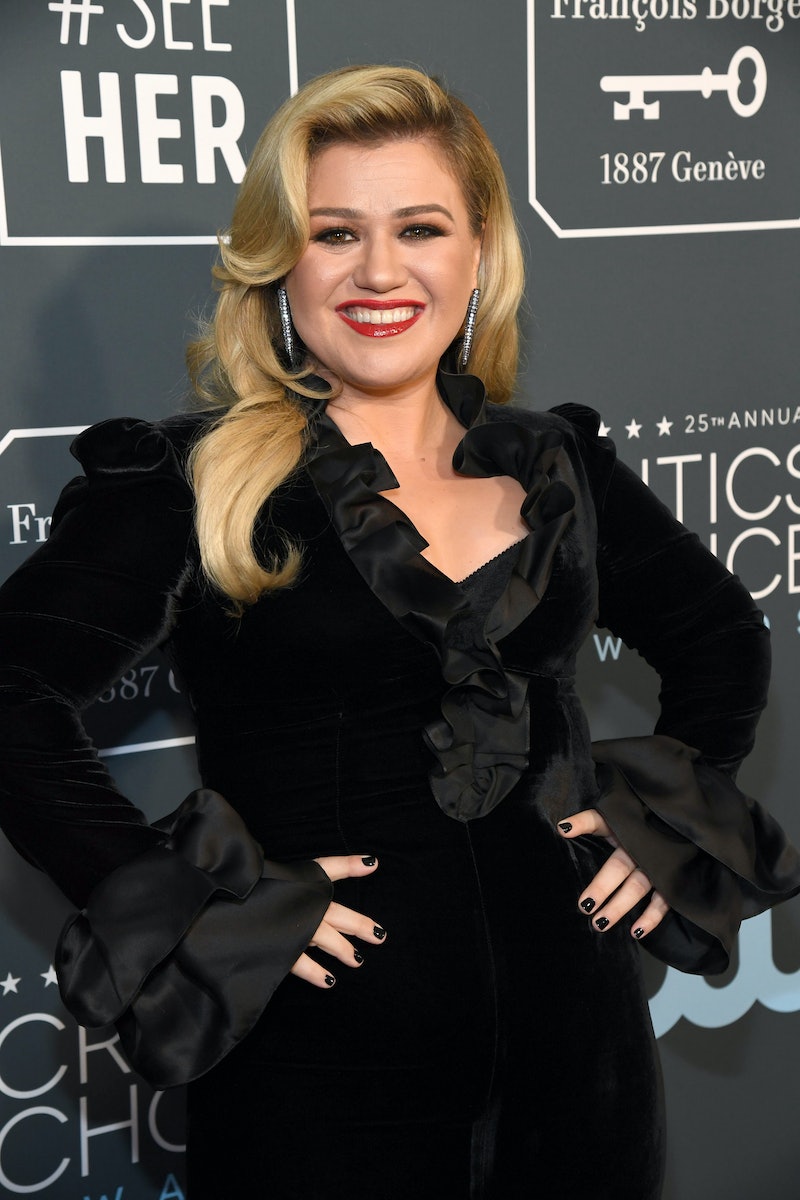 Once again opening her talk show with a memorable “Kellyoke” performance, Kelly Clarkson covered Ariana Grande’s “Imagine,” putting a soulful twist on the Thank U, Next-era song. The Kelly Clarkson Show routinely kicks off with the host belting another artist’s song, and for the March 1 cover, Clarkson performed a jazzy version of Grande’s 2018 R&B/pop ballad.

“Starting the week with SOUL,” the show’s @KellyClarksonTV account tweeted.

Clarkson, a three-time Grammy winner, has covered a variety of tracks across genres in recent weeks, including U2’s “Beautiful Day,” Everclear’s “Father of Mine” and even The Youngbloods’ “Get Together,” which FLOTUS Jill Biden requested.

Grande’s “Imagine,” which many fans believe pays tribute to the late Mac Miller, provided a particularly emotional start to the week. “We go like up ’til I’m 'sleep on your chest / Love how my face fits so good in your neck,” she sings. “Why can't you imagine a world like that?”

This was not the first time Clarkson performed Grande’s music on the show. In 2020, the host covered “No Tears Left To Cry,” the lead single off Grande's 2018 album, Sweetener. “No Tears Left To Cry” peaked at No. 3 on the Billboard Hot 100, kicking off the singer’s record-breaking couple of years on the charts with Sweetener, 2019’s Thank U, Next and 2020’s Positions.

Grande, much like Clarkson, enjoys covering music from artists she respects. In 2012, the singer performed a powerful rendition of Mariah Carey’s “Emotions,” calling Carey her “idol and inspiration.” In 2018, Grande performed a duet of Celine Dion’s “My Heart Will Go On” during an appearance on The Late Late Show With James Corden, with the host joining her for the playful rendition.

Aside from her Kellyoke covers, Clarkson is working on new music. In September, the singer teased her next album would be released in 2021, saying the record “would probably be the most personal one.” The first American Idol winner went on to reveal that the songs would tackle her recent divorce, saying “the whole record is basically every emotion you experience at the beginning of a relationship to the end of one.”