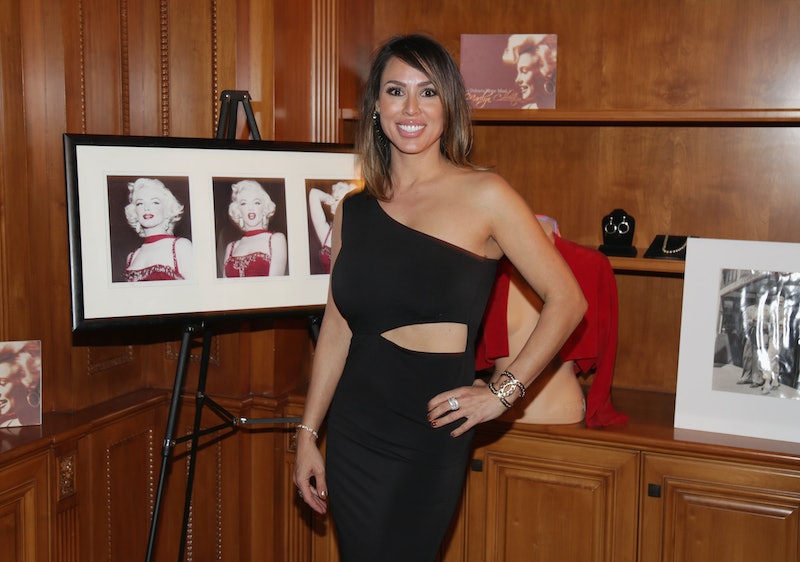 One of the Real Housewives of Orange County has been under fire nearly all year for her bad takes on two of 2020's most pressing situations. Finally, she addressed her controversial statements. During a Dec. 2 appearance on Watch What Happens Live with Andy Cohen, Kelly Dodd apologized for her comments about COVID-19 and wearing a "Drunk Wives Matter" hat, which appeared to mock the Black Lives Matter movement.

In April, Dodd received backlash on social media after saying coronavirus was "God's way of thinning the herd" in an Instagram comment, as per People. (As of today, nearly 275,000 people in America have died as a result of the virus.) During her recent Watch What Happens Live with Andy Cohen interview, Dodd said she regrets making the remark about the pandemic and called it the "stupidest thing" she's ever said.

"At the time, it was a question, like, 'Why are all these people dying? Why does a pandemic happen like this? Is it God's way of thinning the herd?,'" the Positive Beverage owner explained. "It was a stupid thing for me to say. It was insensitive. I apologize if I hurt anybody 'cause that wasn't really my intention. I got freaked out about it." Dodd also referenced how her mother, Bobbi Meza, recently tested positive for COVID-19 and said she's now willing to wear a mask.

In October, Dodd posted photos from her bridal shower on Instagram, which showed her sporting the disrespectful hat. When addressing the incident, Dodd told Cohen she received the hat as a gift from a friend who had it for two years and tried it on without thinking of the negative connotations. "She thought it was a play on words," Dodd remarked. While she didn't apologize for the incident or delete the photo, she did say she "should've never done it." Dodd continued, "I believe in equality, I believe in Black Lives Matter."

In response to all of her actions, Dodd explained that she's trying to learn from her mistakes going forward. "Everybody has said and done things in their lives that they regret, and I regret these things," she said. "I freaked out. It wasn't right."

More like this
Everything To Know About 'RHOC' Season 17
By Brad Witter and Sophia Moore
'RHOBH' Star Diana Jenkins’ Fiancé Asher Monroe Once Shared A Stage With Kelly Clarkson
By Brad Witter
'RHOSLC' Season 3 Will Likely Show The Cast’s Reactions To Jen Shah’s Guilty Plea
By Brad Witter
The 'Big Brother 24' Racism & Bullying Controversy, Explained
By Jake Viswanath
Get Even More From Bustle — Sign Up For The Newsletter