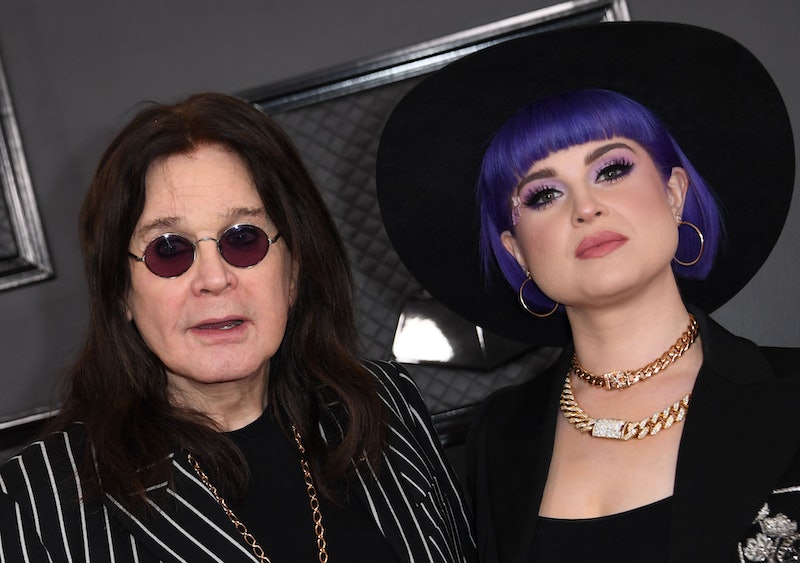 Sobriety is a journey and it doesn’t come without challenges — just ask Kelly Osbourne. On Monday, April 19, Osbourne shared a life update on her Instagram Stories and revealed to her followers that she recently relapsed after four years sober. “I relapsed. I’m not proud of it,” she said into the camera. “But I’m back on track and I will be doing a podcast this week where I will be telling everyone what’s been going on and what happened.”

The former Fashion Police co-host then reassured fans that she’s doing much better now and that she simply wanted to be transparent about her sobriety struggles. “I just want to let you know that I am sober today and I will be sober tomorrow,” she continued. “But I’ve learned it truly is one day at a time, and I just wanted to tell you guys the truth because I never, ever want to lie to you.”

Osbourne, 36, has been very honest about her history with addiction. In 2018, she told People that staying sober is something you have to work on your entire life. “People need to know rehab doesn’t fix you, it just helps you to get yourself on the right track,” she said at the time. “You’re never fixed. You spend your whole entire life doing everything you can to never pick up and use again.”

Just a few months shy of three years sober, Osbourne opened up about her past drug and alcohol use again in May 2020 while speaking to DJ Fat Tony on The Recovery podcast. “I never thought I’d be alive at 35 years old,” she revealed, adding that she used to be dependent on opioids, tranquilizers, marijuana, and other substances. “A lot of my friends didn’t make it and burying them was hard. I had survivor’s guilt for a long time. I’m almost three years sober.”

Osbourne, who celebrated three years sober in August 2020, was good friends with musician Amy Winehouse, who died in 2011 after several years of drug and alcohol use. And after experiencing so many tragic losses, Osbourne reflected on how substances were impacting her own life. “I was in a haze of hangovers and withdrawals,” she said. “I don’t know how I did it for as long as I did. I embalmed my body.”

Once she realized that things had gotten so bad that she wasn’t able to function normally, Osbourne recalled calling her brother Jack crying, begging him for help. “I was so wasted the whole time. I hadn’t been to a grocery store in three years or done normal things. I thought, ‘I don’t want to live like this anymore.’” That, of course, was a significant turning point for Osbourne on her journey to living a sober lifestyle. “I realized I wasn’t going to make it,” she said at the time. “I’d be dead if I keep doing this.”