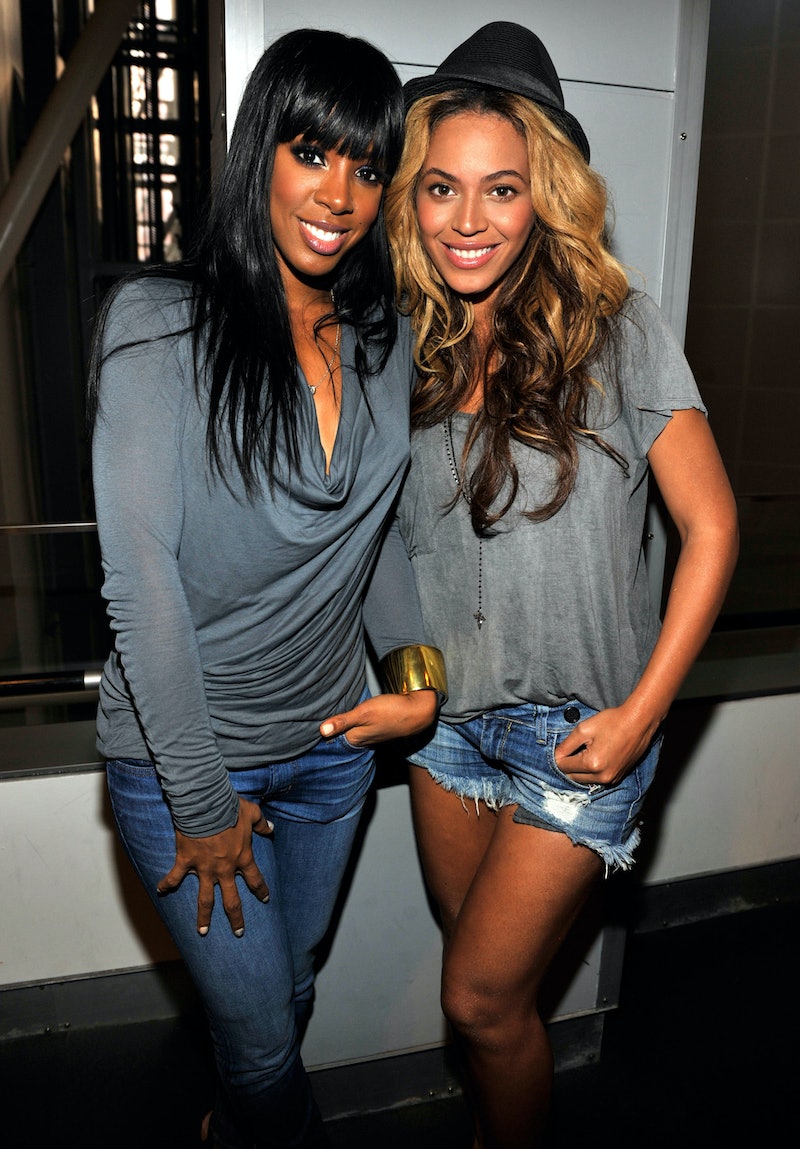 Beyoncé and Kelly Rowland are independent women, as their hit Destiny's Child song proves, but it doesn't mean that they weren't annoyed by the endless comparisons to each other. During the July 14 episode of The Voice Australia, on which she serves as a judge, Kelly Rowland admitted that Beyoncé comparisons used to bother her. In fact, she revealed that constantly being pitted against her former bandmate was a major sore spot for a decade.

As reported by Just Jared, Rowland shared her experiences with contestant Chris Sebastian, who opened up about feeling like he lived in the shadow of his famous brother, Australian pop star Guy Sebastian, who also serves as a mentor on the show. “I know this feeling," she told him. "Can you imagine what it’s like being in a group with Beyoncé?" She went on to explain that, after years of comparisons, she became overly cautious that people and the media would immediately relate the two. "I would just torture myself in my head," she said. "Like, I can’t wear this dress because they’re going to say it’s like B. Or, I can’t have a song like that because it sounds too much like B. They’re gonna compare anyways."

The singer admitted that she felt this way for a decade — and yes, it did bother her, as much as she wouldn't like to admit it. “I would be lying if I said no, it’s never bothered me. That’s bull,” she said. “There was a whole decade, if I am being completely honest, where it was like the elephant in the room. It was the thing that would constantly be on my shoulder.”

Rowland and Beyoncé first started performing together when they were only nine years old in the group Girl's Tyme, which eventually became Destiny's Child as they grew into young adults. And, though they've been friends ever since, their relationship hasn't been without its ups and downs. In fact, This isn't the first time that the singer has hinted at how Beyoncé's meteoric rise within the group affected her. Rowland directly referred to Beyoncé and Destiny's Child's hit album Survivor in her emotional 2013 single "Dirty Laundry," where she delivered devastating lines like, "Post-Survivor she's on fire, but who wants to hear my bullsh*t?" while singing about her tumultuous journey in the music industry.

Of course, the women are still friends today, and according to Rowland, they're closer than ever. While paying tribute to the many women that inspired her for Marie Claire Australia, Rowland gave a special shoutout to Beyoncé, calling her a real friend and saying that she looks up to her. "We’ve shared ups and downs and we are closer than ever," she wrote. "I can tell her anything and she’ll never judge me... I’d be lying if I said I didn’t look up to her as an artist; she has ignited fire inside so many women."