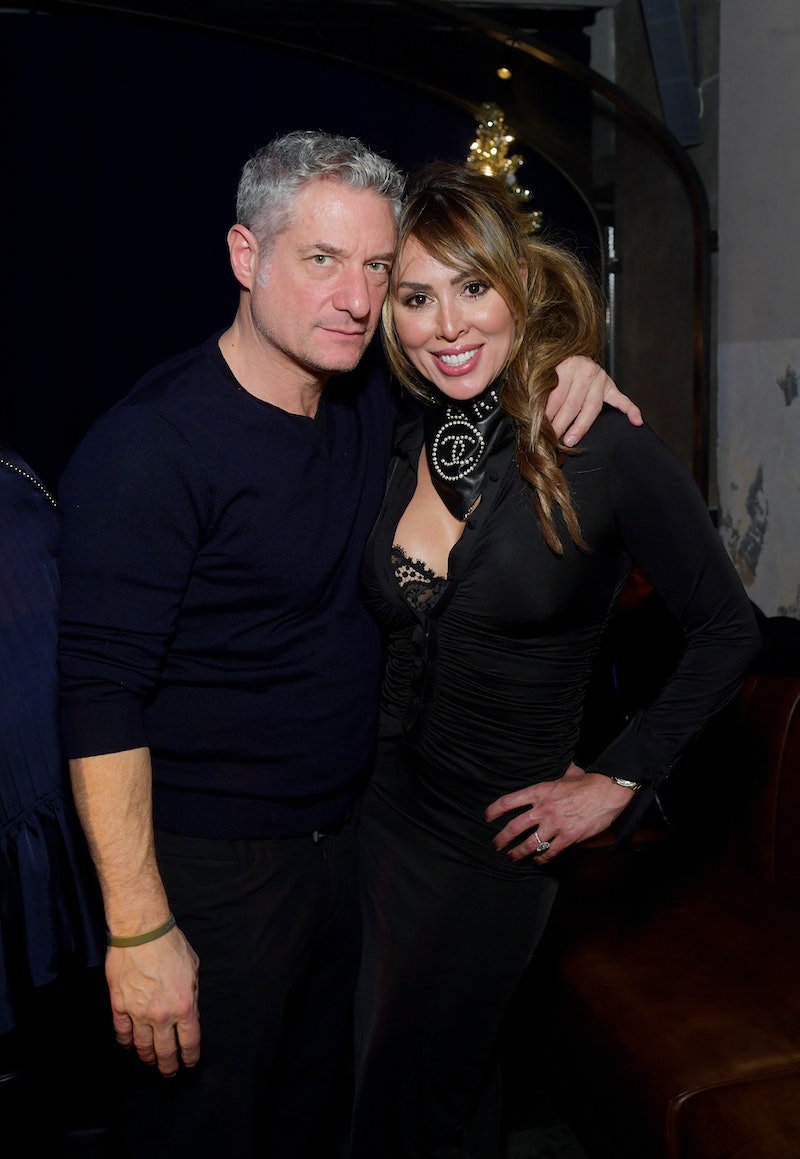 After confirming rumors she was "very much in love" at the RHOC Season 14 reunion last year, Kelly Dodd married Fox News correspondent Rick Leventhal in an "intimate" Santa Rosa, California, ceremony on Oct. 10. The pair's new relationship had first made headlines about a year earlier, with People reporting in Aug. 2019 that Kelly and Rick met through RHONY's Ramona Singer at a Hamptons party that summer.

At the time, Kelly had just broken up with Dr. Brian Reagan, accusing the plastic surgeon of "using" her for publicity. "It's new, we haven’t even had sex," she told People last August. "But he's already treated me with more respect than Brian ever did." Fast forward a couple months, and, Rick proposed to Kelly with a four-carat pear-shaped ring in New York City that November.

So far, Kelly hasn't shared much more about Rick on RHOC other than that he's, uh, "fantastic" in the bedroom, but since he's a public figure himself, his less-private bio is pretty well documented. Now a New York-based senior news correspondent, Rick has worked for Fox News since 1997, reporting from such locations as Paris, Iraq and, more recently, from Puerto Rico during Hurricane Dorian. According to the news network, he's covered major breaking news stories including the Boston Marathon bombing, the shooting at Sandy Hook Elementary School, the death and funeral of Pope John Paul II, as well as the killing of Osama Bin Laden.

Rick also shares two daughters with his ex-wife, former regional TV reporter Penny Daniels. His eldest, Veronica, 28, is a licensed social worker for the Legal Aid Society of NYC, while his youngest, Shoshana, 23, is in college, according to Bravo. Rick was also previously married to professional poker player Beth Shak for nine months until their divorce in 2017.

For her part, Kelly, who finalized her divorce from Michael Dodd in early 2018, has said that she's been looking forward to what's to come in her relationship. "I’m beyond excited for our future together," she told People. "Rick is my best friend. My partner in crime. I'm so in love. I can't believe this happened to me. I feel like I just won the lottery."

More like this
'RHOSLC' Star Jen Shah Refuses To Do A Post-Sentencing Interview With Andy Cohen
By Brad Witter and Jake Viswanath
Everything To Know About 'RHONJ' Season 13
By Brad Witter and Jake Viswanath
'RHOP' Stars Robyn & Juan Reportedly Got Remarried & Filmed The Ceremony
By Brad Witter
The Bachelor’s Christina Mandrell Comes From One Of Country Music’s Most Famous Families
By Brad Witter
Get Even More From Bustle — Sign Up For The Newsletter
From hair trends to relationship advice, our daily newsletter has everything you need to sound like a person who’s on TikTok, even if you aren’t.