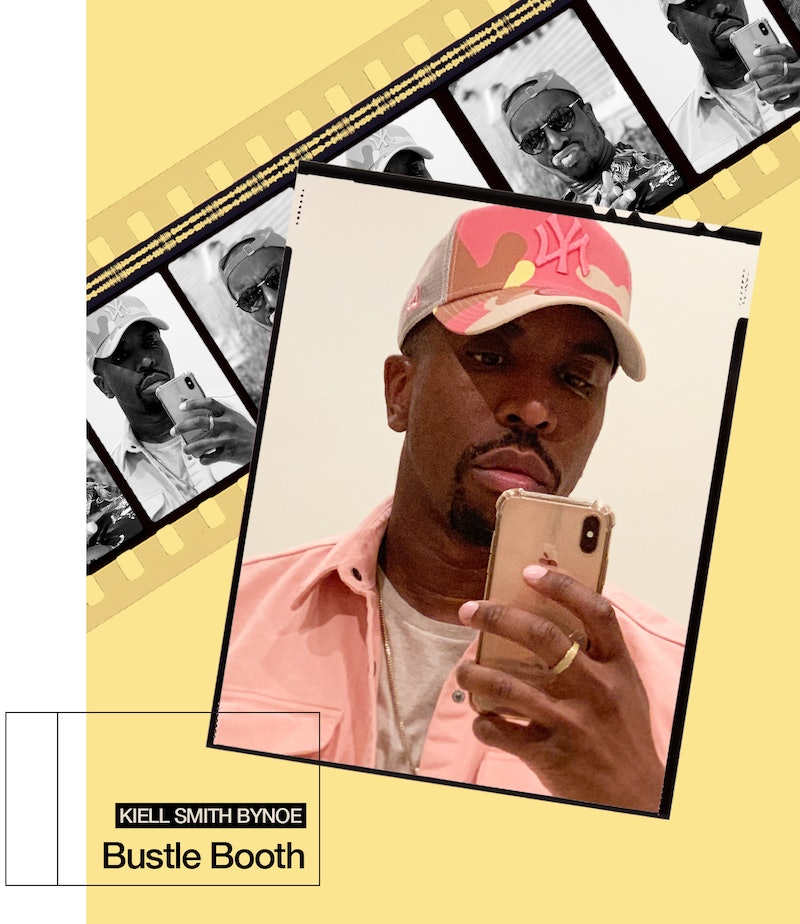 Joining the cast of Ghosts back in 2019 was a fairly daunting experience for Kiell Smith-Bynoe. Despite having already made a name for himself on the UK comedy scene (he co-wrote Enterprice in 2017 and began starring in Stath Lets Flats a year later), the 32-year-old actor says he was “really nervous” about “jumping into such a well-established group.” Many people on the Ghosts’ cast and writing team were Horrible Histories alums and already “knew what they were going for” before filming of season one began, says Smith-Bynoe.

Thankfully, it wasn’t long before the cast and crew “became a massive family” and Smith-Bynoe’s nerves melted away, he explains, adding: “They seemed really happy to have someone else to play with.”

In the BBC sitcom (which has just begun airing its third season), Smith-Bynoe plays Mike Cooper, one half of a young married couple who inherit a country estate that’s not only falling apart but is also overrun with ghosts who hail from varying historical periods.

Since Ghosts began airing, Smith-Bynoe’s star has continued to rise, with appearances in Man Like Mobeen and Death in Paradise (“I took that part without even reading it, mainly because... it’s literally filmed in paradise.”) But the London-born star says he caught the acting bug at a very young age.

“I played the innkeeper in a school play when I was about four years old,” he explains. “I said my line and everyone laughed. Then, as I got older, I started to realise that this is something people will give you money for. So, I went to drama school and eventually started getting some good parts.”

As for the future, Smith-Bynoe hopes to delve further into the sphere of comedy and continue writing. “There's something I’ve been working on for a few years now, and we just got some interest, so watch this space,” he says.

While we wait to hear more, you can get to know Smith-Bynoe in his Bustle Booth below.

Chai Latte with coconut milk. Once I went in Café Nero for a hot chocolate and heard someone say that so I copied them.

Guadeloupe, Dubai, Limassol (been trying to go there since March 2020) and somewhere tropical to switch it up: Liverpool.

“Well, come on in get yourself something cool to drink?” or any other line Big Daddy says in Django Unchained.

The Morning Show, some of the best casting ever. WHEN IS IT BACK?!

Jamie Foxx, once I went down a youtube hole of all his old stuff then bought a keyboard. No idea where that is. Scared to watch his youtube videos now incase I buy another one.

Does Hunted count? I could dodge those lot easy.

Nsync & Nelly, “Girlfriend”. Surprised how high it goes every time.

Almost every day I log in to twitter and see one of my friends has done something major in their career. I love it.

That I made them laugh. Or bought too many shots.

Watch Ghosts series three on BBC One at 9 p.m. on Mondays and catch up in iPlayer.