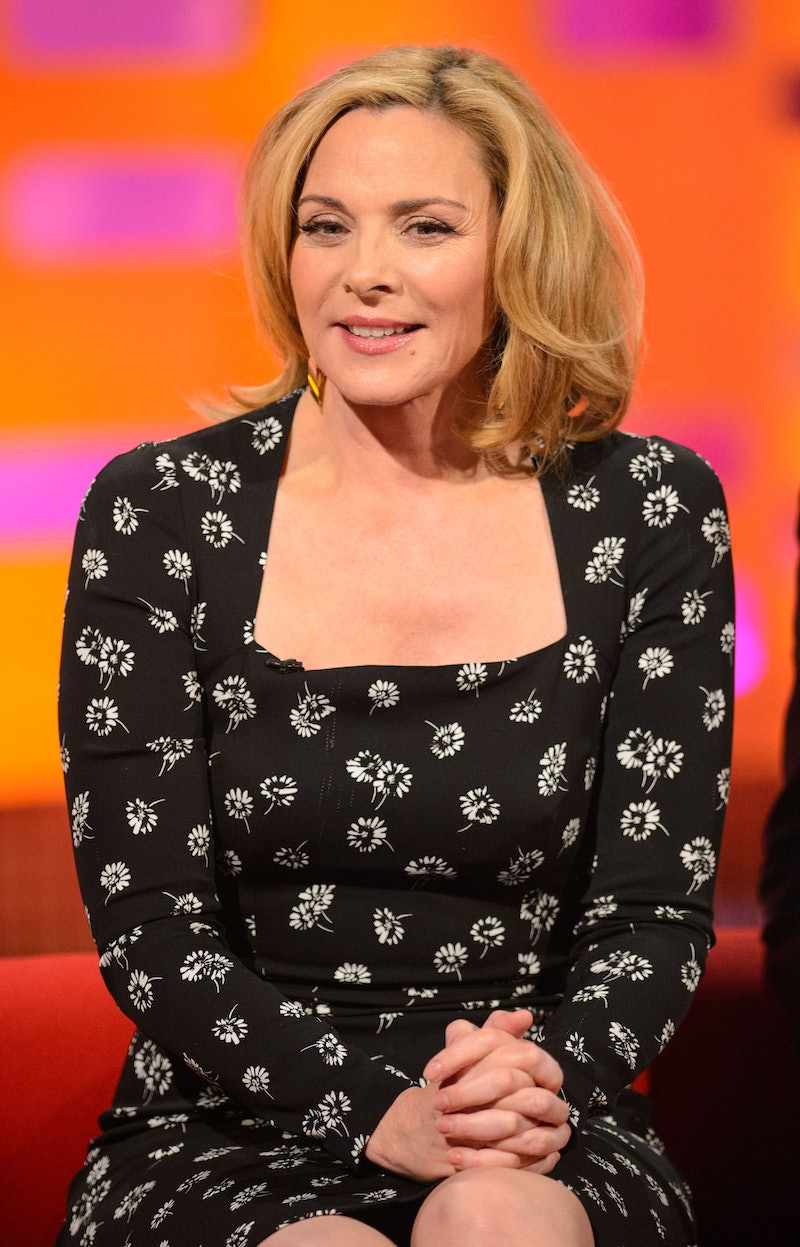 Rumors are swirling that HBO Max is rebooting Sex and the City as a limited series, but with one big change: Kim Cattrall reportedly won't be reprising her role as Samantha Jones. The actor responded to the news in a recent interview for the Women's Prize for Fiction podcast, saying that she feels “lucky” to have the choice of moving on from the character. “I'm very protective of [that]. I wouldn't be any good doing something that I really didn't want to do," she said.

Cattrall, 64, has spoken out about her choice to move on from Sex and the City numerous times over the years, but faced the most backlash in 2017, when she was accused of being the reason a third SATC movie did not happen. “It’s quite extraordinary to get any kind of negative press about something that I’ve been saying for almost a year of ‘no,’ that I’m demanding or a diva,” she told Piers Morgan in an interview. “And this is really where I take to task the people from Sex and the City, and specifically Sarah Jessica Parker, in that I think she could have been nicer.”

Though Parker has been adamant that there is no bad blood between she and Cattrall, the two have made headlines in the past for their strained relationship, with Cattrall citing her negative experiences on set. Nonetheless, Cattrall said on Women's Prize for Fiction that she's proud of SATC's legacy and is eager to keep pushing herself as an actress with challenging new roles.

“Walking away, even if it's the only thing to do, you always feel, it's a bit of shame, I think. The taste of shame and you have to let go of that,” Cattrall said. “You don't want to become that caged bird."

It's hard to imagine Sex and the City without Samantha’s wild antics, but we can be sure that Carrie, Miranda, and Charlotte will find a way to press on.

More like this
An Ultimate Guide To The Music Of 'Rap Sh!t'
By Brad Witter
Every Horror Movie Reference In The 'PLL: Original Sin' Premiere
By Alyssa Lapid
Lisa Kudrow Explained How Her Body Image Changed While Filming 'Friends'
By Grace Wehniainen
Miranda Cosgrove Reacts To Jennette McCurdy’s Shocking ‘iCarly’ Revelations
By Grace Wehniainen
Get Even More From Bustle — Sign Up For The Newsletter