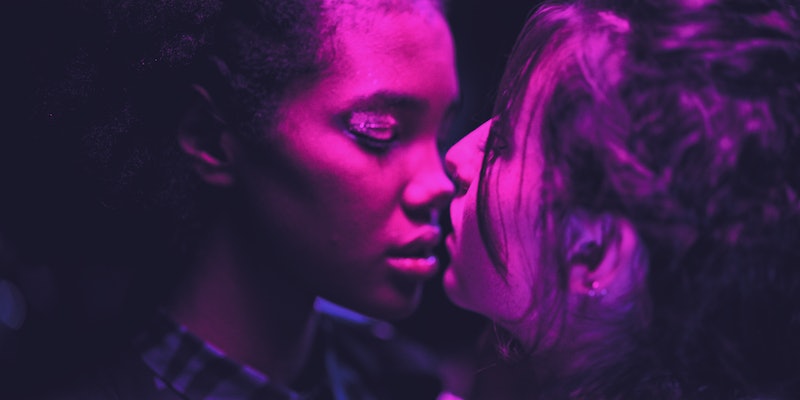 If you're looking to add to your pandemic-themed watch list, Kissing Game, also known as Boca a Boca, hit Netflix on July 17. The Brazilian series is set in a strict small town (ironically named Progresso) where the local teens face a virus outbreak spread by kissing. Despite its eerie relevance to current events, the plot isn't based on a true story. It actually serves as a metaphor for a larger issue at hand — one that the show's leading actor, Caio Horowicz, calls "the virus of conservatism."

When Progresso's teen population is infected by the kissing disease that leaves their mouths tarnished black, they're forced to defend their desires (sexual and otherwise) before the town's close-minded leadership, which ultimately unveils an isolating political divide. For example, Horowicz's character Alex is vegan, which doesn't sit well with his dad, the town's most powerful cattle rancher. "Boca a Boca is the story of the virus of conservatism, of retrogression, and of the arduous battle against it," Horowicz told Brazilian outlet Folha De S.Paulo, per a translated web page. "It is the story of a youth who comes with their foot in the door, saying that there are attitudes that are no longer tolerable. Attitudes that consume so much of life until they invade the bodies, the entrails, the blood."

The show's creator Esmir Filho added, "Boca a Boca is not exactly about a disease, but about how, in the face of this crisis scenario, human relationships and the relationships we have with our bodies are transformed." He continued, "It is a metaphor of being a teenager, of experiencing, of running after your wills. The disease is just a starting point for that." On Instagram he called the show "current" and "psychedelic," adding: "May it be a breath of fresh air in this time of intolerance."